Our first round of best stocks to buy now for the New Year highlights some of the best opportunities of 2018. All these stocks give you the chance to double (or triple, or more) your money and make this another profitable year for you.

Here's a look at the companies behind our best stocks to buy. 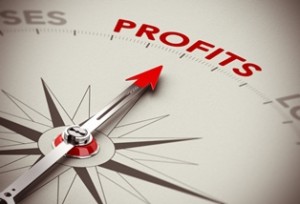 Now, for our four latest best stocks to buy now...

Best Stocks to Buy Now No. 1: Not Even 007 Can Stop This Company's Global Takeover, and That's Good News for Your Portfolio

As China continues to grow at a rapid pace, one of the best stocks to take advantage of it is from Japan.

That's because China's increasing economic activity is making the country's businesses more and more reliant on robotics. And one of the top robotics companies in the world is headquartered in a heavily wooded area at the foot of Mt. Fuji.

This company is so secretive that Fortune once compared its founder to a villain from a James Bond movie.

As we've written before, a robot invasion is nothing to fear. That's good news, because the signature yellow industrial robots from Fanuc Corp. (OTCMKTS: FANUY) are already well on their way to taking over the world.

"Fanuc might just be the single most important manufacturing company in the world right now."

As Joshua Hunt reported for Bloomberg in October, Fanuc's robots are the go-to option in China for manufacturing, automobile assembly and painting, and all sorts of sorting and food prep tasks. The company's Robodrill model has been responsible for creating the metal casing on Apple's smartphones going back to the iPhone 4.

As Money Morning Chief Investment Strategist Keith Fitz-Gerald put it, "Chances are good that you've got something Fanuc 'made' in your house or your pocket right now."

Don’t Miss This Shot at a $78,000 Windfall: This tiny firm is about to make the entire world wire-free. As its game-changing technology revolutionizes the global power structure, its stock could hand investors a massive return...

China installed 90,000 new industrial robots in 2016, according to the International Federation of Robotics, a 30% increase from the year before. Yet its ratio of robots to workers still pales in comparison to that of the United States, Japan, and South Korea.

That means you can expect a continued windfall for Fanuc, which already boosted earnings last quarter by 33% from a year earlier.

Currently trading for less than $30, FANUY is a bargain - for now.

Best Stocks to Buy Now No. 2: The Most Advanced Medical Science Will Soon Cost Less Than a Smartphone Thanks to This Genetics Pioneer

Launched in 1998, Illumina Inc. (Nasdaq: ILMN) is tapping into an industry that, according to Mordor Intelligence, will grow 50% to be worth nearly $60 billion by 2021. It's called "precision medicine."