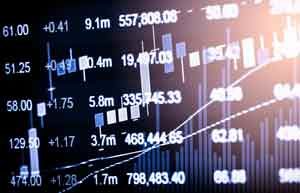 Stocks to Watch Now No. 1: Home Depot's Solar Push Brings Together Three Companies That Can Carry Your Portfolio into the Next Generation

Home Depot Inc. (NYSE: HD) announced last week that it will convert the rooftops of 50 of its stores into solar farms.

Each rooftop can accommodate an average of 1,000 solar panels. That can reduce electricity grid demand by 30% to 35% annually at the outfitted stores. The total energy saved would be enough to power 2,300 homes.

Current, a subsidiary of General Electric Co. (NYSE: GE), will provide the installations for Home Depot stores in the Mid-Atlantic, between Connecticut and Washington, D.C., as well as in California. Six stores in New York and California will also employ the Powerpack energy storage system designed by Tesla Inc. (Nasdaq: TSLA).

The 50 stores are a small percentage of the 2,300 Home Depots across North America. But this is the beginning of a larger plan to install 135 megawatts of clean energy - enough to power more than 25,000 homes - at Home Depot stores by 2020.

The move brings together three companies with long-term profit potential:

Bill Patalon: Why I Love GE

Any one of these companies gives you a stock built for the long haul, especially as Home Depot and other companies continue to implement clean energy technology.

Stocks to Watch Now No. 2: Apple Makes a $1 Billion Bid to Become "Lead Dog" in Hollywood

Apple Inc. (Nasdaq: AAPL) is getting into the TV business.

The Wall Street Journal reported on Wednesday that Apple will invest $1 billion over the next year to acquire and produce original media content. The company is expected to produce up to 10 TV shows in the near future.

Apple's video sales and rental service held a market share of more than 50% in 2012. But that number has slipped below 35% thanks in large part to the popularity of subscription services such as Netflix and HBO. The move to produce high-quality Hollywood content is part of an overall shift in focus toward services. Apple executives hope to double the company's total services revenue by 2020.

Apple's original content spending is dwarfed by Netflix's $6 billion content budget, and it's only half of what HBO spent on content in 2016. It's also a tiny fraction of Apple's cash hoard of over $250 billion. Still, Apple's brand recognition and user base can help as it dips its feet into a new industry.

Shah Gilani points out that Apple is often a late entrant into industries, as it was with MP3 players, smartphones, and streaming music. But when it does enter a new field, "it becomes the lead dog," Shah says.