The Dow Jones Industrial Average is already up 116 points in pre-trading hours, even as Hurricane Irma batters Florida. Investors believe the damage from the hurricane will be less than first estimated, especially after the storm shifted course and is weakening.

That optimism is pushing airline and other travel stocks higher this morning. Don't miss out on the rally with our best stocks to own now, plus five more opportunities others will miss... 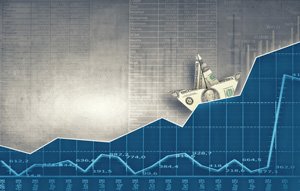