Are you wondering, who is Alibaba? You're not alone in asking this question.

We hear a lot about Alibaba. After all, it is one of the world's largest companies, with a market capitalization of $650 to $700 billion. 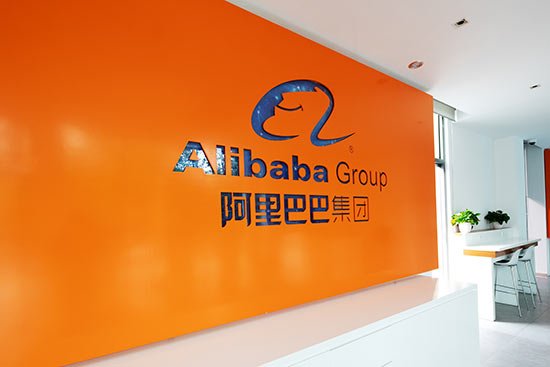 But many people wonder, "What is Alibaba?"

In this article, we explain what the Alibaba company is, who owns Alibaba, and more. You'll discover what Alibaba does and who its customers are.

After reading this, you'll be able to answer the question, "Who is Alibaba?" And you'll have the necessary information you might need if you're considering investing in the company.

Alibaba Group is a global technology and e-commerce company with many revenue streams.

Jack Ma was a former school teacher in China when he and his co-founders started Alibaba in 1999. Ma believed the world needed more efficient business technology.

Alibaba started with a China-based website that connected businesses looking to sell to other companies.

The concept was similar to Amazon's, except Alibaba wasn't helping people buy books or clothes. It was enabling businesses to purchase products they needed more quickly and efficiently than they were before.

This background causes many people to refer to Alibaba as "the Amazon of China." But the company's expanded beyond its initial focus.

Alibaba makes money in other ways, as well.

The company has a digital payment system called Alipay. It sells digital content and subscriptions, and it operates a cloud computing service, Alibaba Cloud.

These revenue streams combine to generate impressive numbers for Alibaba Group. The company made $72 billion in its fiscal year 2020, the most in its history.

Trading as BABA on the New York Stock Exchange, Alibaba's stock consistently stays above $200 per share. That's up from its 2014 initial public offering (IPO) of $68 per share.

Speaking of that IPO, it set a record for the largest in history when it raised $21.8 billion for Alibaba Group on Sept. 19, 2014.

At the time, Ma and one of his co-founders, Joseph Tsai, were the company's largest shareholders. But who owns Alibaba now?

Since its founding, Jack Ma was the largest individual shareholder of Alibaba Group.

That changed in 2019, when Ma retired as chair of the company's board and sold his 11% stake.

The other large holders of Alibaba stock are institutional investors, starting with Softbank Group.

Softbank is a Japanese conglomerate that invested $20 million in Alibaba in 2000. The company's founder and CEO, Masayoshi Son, took a chance by investing in the startup that was Alibaba.

The company sold some of its Alibaba shares in June 2020, and Son stepped down from Alibaba's board. But Softbank still owns about $100 billion worth of Alibaba stock.

Investment firm The Vanguard Group owns a 2.4% stake in Alibaba.

It's easy to see why Alibaba attracts investors' attention.

Between 2013 and 2018, the company experienced 44% annual top-line growth. Many analysts expect Alibaba Group will continue expanding.

But before you decide to invest in Alibaba, let's talk about what Alibaba does.

What Does Alibaba Do?

As mentioned earlier, Alibaba Group is a technology company serving businesses and consumers.

Alibaba makes money through e-commerce websites, online streaming, and more. It brought in $72 billion in the fiscal year 2020, netting $19.8 billion in profit.

Alibaba Group also invests in other companies. For example, the company owns about 7.3 million shares in the U.S.-based ridesharing company Lyft, worth about $194 million.

But the core of Alibaba's revenue comes from its core operations, facilitating online transactions between businesses and consumers. Here's a deeper dive into who Alibaba's target customer is.

Answering who Alibaba's customers are depends on about which part of the company you're talking.

Let's say you're an individual looking to buy or sell clothes. Then you might know Alibaba through its consumer-focused websites, Tmall or Taobao.

While Taobao makes up most of Alibaba Group's revenue, the company focuses primarily on serving businesses. In other words, Alibaba follows a business-to-business model.

Alibaba doesn't make or sell products. Instead, it helps manufacturers, distributors, and other businesses sell their products online.

Amazon owns warehouses of goods, while Alibaba does not. Doing so allows Amazon to control the consumer buying experience, but it also limits what the company can sell.

Alibaba doesn't own warehouses. It connects its target audience, another business, to that business's customer. While Alibaba doesn't control the consumer experience, it isn't as limited in what it can sell.

Many people wonder why products on Alibaba are so cheap, and how the company makes money.

Like many global companies, Alibaba Group has multiple revenue streams. But e-commerce remains its primary method for making money.

In its 2020 fiscal year, which ended on March 31, 2020, 780 million customers in China purchased goods through an Alibaba Group website.

Still, Alibaba's diversifying and growing its other revenue sources.

The company's cloud computing business accounted for 7% of Alibaba's revenue in the fiscal year 2020. That's an increase of 62% from the previous year.

And Alibaba's digital media division, one of its newest revenue streams, grew by 12% year over year.

Alibaba Group's revenue streams combined to produce a healthy profit margin of nearly 35%. Compare that to Amazon's of about 4%, and you see why investors and many analysts see Alibaba as a wise investment.

Above are many of the ways Alibaba makes money. But there's one piece of Alibaba's revenue puzzle we haven't discussed that we can't ignore.

In the 1990s, Chinese university students created a holiday celebrating solo living. They called it Singles Day and picked Nov. 11, or 11/11, as the holiday's date.

On Nov. 11, 2009, Alibaba offered steep discounts on many products sold through its Taobao website. The first e-commerce Singles Day event generated about $7 million in sales.

That was the beginning of what is now the world's most massive online shopping day. On Singles Day 2019, Alibaba rang up sales totaling $38.4 billion.

Meanwhile, in the United States, that year's Black Friday and Cyber Monday generated a combined $16.8 billion in sales.

In other words, Singles Day produced 2.5 times more sales than both the U.S.'s most significant online shopping days.

Another important U.S. e-commerce day is Amazon's Prime Day. It took place on July 15, 2019, in which the online retailer offered huge discounts on many products.

Who Is Alibaba Answered

The company generates massive revenue by facilitating online transactions between businesses and consumers. Alibaba continues to grow its cloud computing business. And it's increasing its stake in online streaming and digital content.

What Jack Ma started in 1999 is now a global behemoth. Alibaba holds the record for the world's largest IPO, and it owns the world's third most-visited website.

Alibaba hosts the globe's biggest online shopping day of the year. The company has a market capitalization of at least $650 billion and growing.

Its stock regularly trades above $200 per share, well above its $68 per share IPO. And most analysts think BABA will go higher.

And we covered some ways in which Alibaba differs from Amazon. But visit this page if you'd like to find out more about Alibaba vs. Amazon.