The Dow is up a meager 2.76% so far in 2018 after exploding for over 240% growth since March 2009. That sudden slowdown is just one of the factors that has some investors worried about a possible stock market crash in August 2018.

In fact, the nine-year bull market will become the longest bull market on record by the end of this month, which means it might be nearing its end. 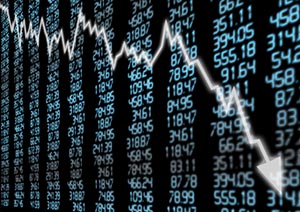 While we can't predict a stock market crash in 2018 with any certainty, we know that bull markets don't last forever, and pullbacks and bear markets are simply normal parts of the market cycle.

But a market crash in 2018 could do serious damage to your portfolio.

This is why it pays to be as prepared as possible so you can protect your money – and even profit – if the worst-case scenario unfolds.

Use Gold to Protect Your Wealth

Our first stock market crash protection strategy is to own some gold. This precious metal is a useful and common hedge against an uncertain market.

During the 2008 financial crisis, the Dow lost 49% of its value from peak to trough, while gold appreciated 5% during the same period.

Money Morning Chief Investment Strategist Keith Fitz-Gerald tells investors that the stability of gold is an asset to any investor's portfolio. He advises, however, that investors limit gold investments to about 5% of an overall portfolio.

And you don't have to buy physical gold either. In fact, that can be costly.

Instead, the SPDR Gold Trust ETF (NYSE Arca: GLD) is his top recommendation because it is well-established, closely tracks the price movement of gold, and is also easy to buy and sell.

This ETF trades like any other security and its prices closely mirror the fluctuations in the price of gold. This is a much simpler holding than buying and storing gold coins or bars.

Once you buy some gold, our second strategy can provide even more profits if the stock market crashes…

Short the Market with This Method

You can profit from the poor fortune of any company by shorting its stock. But shorting stocks can carry huge risks.

Fortunately, there is a way to short the overall market and limit your losses.

If you are certain the market is about to dive, or it begins to pull back and you believe it will only fall further, then you can buy an inverse ETF.

Keith recommends the Rydex Inverse S&P 500 Strategy Fund (MUTF: RYURX), which is a mutual fund trading inversely to activity in the S&P 500.

While you aren't exposed to unlimited losses with this fund, it's still risky. If you buy shares in RYURX and the bull market continues, you will lose money.

For this reason, you shouldn't put more in this fund than you are willing to lose. And it shouldn't be held over the long haul. You'll need to exit as soon as the market stabilizes.

Our third and final strategy will help protect your portfolio while maximizing your profit potential when the recovery hits.

These two stocks not only have a track record of growth during crises, they have double-digit profit potential right now…

We're recommending two stocks that have a track record of performing well even as the broader market declines. Both of these stocks brought positive returns during the tech crash in 2000, even as the overall markets fell more than 10%.

While there's no guarantee these stocks will be immune to the next correction or pullback, they are some of the best companies in the most in-demand industries.

Keith thinks investors should hold on to stocks in the "Unstoppable Trends." The trick to making huge profits is to find "must-have" companies that fall into these six Unstoppable Trends: medicine; technology; demographics; scarcity and allocation; energy; and war, terrorism, and ugliness (also known as "defense"). The Unstoppable Trends are backed by trillions of dollars that Washington cannot derail, the Fed cannot meddle with, and Wall Street cannot hijack.

Raytheon is a leader in the defense industry, with billions in contracts with the U.S. government and other countries across the world. That means if the market falls, Raytheon is going to continue to excel over the long term.

But RTN's real allure as an Unstoppable Trend pick is the fact that war is a reality of the world. For instance, as tensions rise abroad, the United States is more likely to need more weapons and equipment. When the United States launched a missile strike on a Syrian airbase on April 7, Raytheon's stock jumped more than 2%, since its missiles were used.

BDX is a healthcare company specializing in one-time-use medical products utilized in hospitals and long-term care facilities. That means as populations age, more people will need this type of medical care, and BDX will be in even higher demand. People will need healthcare whether the market falls or not.

But BDX is also an exceptionally well-managed company. It has a 10.54% profit margin and maintains a 1.58% dividend yield, even after a $12.2 billion takeover of CareFusion Corp. two years ago. That means the company's capital management is sustainable and will easily survive a market downturn. And that's good news for its shareholders during a stock market crash.