WISH stock was one of the top stocks getting pumped by the Reddit crowd along with GameStop Corp. (NYSE: GME) and AMC Entertainment Holdings Inc. (NYSE: AMC) early in the year. But this one is different.

ContexLogic Inc. (NASDAQ: WISH) may present more of a long-term buy, as you will see in this WISH stock forecast...

Chaos hit the market when Robinhood traders found out they could buy up heavily shorted stocks and force short sellers to buy them back at higher and higher prices. Some stocks ended up soaring. 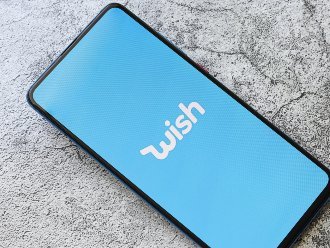 GameStop was probably the most popular, gaining as much as 1,705% amid the short squeeze. AMC popped more than 555%.

But both stocks fell off a cliff as fast as they climbed, losing half their value only weeks after peaking. That's because these stocks were really driven by hype and not much else.

So, these day traders turned to their next target. Early in the summer, they thought they could pump the price of WISH stock in a similar way. There was talk of driving the stock to $20 or $30 from around $10...

Well, that did not happen. In hindsight, only about 6.5% of the shares were being shorted, which was not really enough to create a short squeeze to begin with.

Since that time, the opposite has happened, in fact. WISH stock has lost 80% of its price since February.

But just because WISH stock didn't see any short-term growth, doesn't mean it's a goner in the least.

In fact, today's low price could represent a massive discount on the stock...

Why WISH Stock Is Undervalued

Let's start with what ContextLogic is - the parent company of Wish.

Basically, it's a digital flea market. You can go online to find low-priced items you would not find anywhere else. Otherwise, you may find junk.

There's a U.S. ContextLogic site, but most of the company's revenue comes from Europe.

One thing that makes ContextLogic unique is the proprietary artificial intelligence (AI) programs it uses to go through its millions of users and merchants to improve its customers service. The AI can comb through 100 million users, over 500,000 merchants, and nearly 2 million items to get a complete picture of customer preferences on the site.

While ContextLogic has an impressive global business, it's also working to expand its "local" operation, called Wish Local. Wish Local is a platform partnered with brick-and-mortar stores looking to establish an online presence. Right now, it's used in 50 countries.

The WISH app is one of the most downloaded shopping apps in the world today, and that's why some analysts still have high hopes for the company...

Why WISH Stock Is a Buy Now

All of that said, there is a fundamental case for ContextLogic stock, more than with GameStop, AMC, and others.

Another positive note is the experience of its management - CEO Peter Szulczewski is an ex-Google software engineer. CFO Rajat Bahri was CFO at two other tech companies. The company's VP of Data Science, Pai Liu, was previously Data Science Manager at Airbnb Inc. (NASDAQ: ABNB).

Combined, they can do some damage in their industry.

Plus, there's good reason for the stock falling since June. Forty-six million shares from the December IPO were unlocked that month. That could have diluted the stock price to where it is today and potentially priced it lower than its actual value.

We may see some profit-taking if the stock breaks $20. But we have a long way to go before that happens. Between now and then, Wish could nearly quadruple your money over the next year, making it a buy at the $7 mark.

It could pay off in the next five years...

Even if this stock is down, at $7, it's still potentially even of a bargain than it was a few months ago.

Analysts still give the stock "buy" recommendations, including JPMorgan Chase & Co. (NYSE: GS), Evercore, and Oppenheimer. They have up to $30 price targets on WISH for 2022, despite it falling further over the last few months.

And that's because the company has fared so well fundamentally in the last year.

For Q1 2021, ContextLogic reported a revenue increase of 75% year over year. It's still growing globally, with partnerships expanding into China, Korea, and other Asian markets. In fact, Asian merchant signups increased by over 480% over 2020.

The company has also had success growing in the United States as merchant signups grew by 180%.

Over the last year, it brought in $2.8 billion revenue. Growth has been steady since 2019. The company is working to bring down marketing costs, which could really accelerate its growth and bring it to the forefront of the e-commerce market.