When it comes to a sense of smell, it's hard to beat a dog.

Scientists say canine noses are at least 10,000 more powerful than ours. That's tough to quantify, but this might help.

As Alexandra Horowitz, dog-cognition researcher from Barnard College, wrote in "Inside of a Dog," most humans notice if their coffee has a teaspoon of sugar added to it, but "a dog could detect a teaspoon of sugar in a million gallons of water, or two Olympic-sized pools' worth."

That's why police forces around the world use "sniffer" canines to detect and find explosives, drugs, and even cadavers.

Inspired by that feat of nature, a team at UC Santa Barbara has just developed a nanotech chip that is every bit as accurate as a dog's nose. Only better.

These chips are so powerful, they can "sniff out" the differences between two molecules that to dogs or humans would smell the same. They're capable of distinguishing between certain substances at concentrations as low as one part per billion.

Oh, and they never steal meat off the counter or get sick on your carpet or whine to be taken out for a walk.

According to "Electronics News," the chip uses microfluidic nanotechnology to mimic the biological mechanism behind canine scent receptors.

This new chip packs a lot of punch into a small space (it's about the size of a fingerprint). Microchannels inside the gadget are 20 times smaller than a human hair. Once a tiny laser excites the absorbed molecules, a computer database detects the exact substance in question.

So what does it mean for investors?

Quite a lot, actually.

"The technology could be used to detect a very wide variety of molecules," said team leader Carl Meinhart. "The applications could extend to certain disease diagnosis (from someone's breath) food spoilage, ornarcotics detection, to name a few."

They're cheap, too. Though team members didn't cite a cost for producing "sniffer chips," they said the small devices will become so cheap that, in the near future, they could be as abundant as smoke detectors are today.

I have more exciting new cutting-edge technology to share with you this month.

But first, many of you have asked for a recording of the webinar I held Wednesday night. Just click on the video still below to find out which fascinating military technologies I think will change the world. It ended up being about 30 minutes long. I hope you enjoy it. 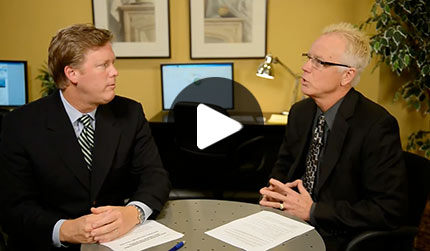 Now, you might be grossed out by this next fascination. But if you hold your nose and take a close look, I think you'll see some incredible investment potential.

How to Generate Electricity from Wastewater

Everyone goes to the bathroom (even highly trained police dogs). But one day soon, the waste we leave will actually be able to generate electricity.

It's true. Just about any type of organic waste material can be used to produce power. That includes straw, animal waste, and byproducts from the wine, beer, and dairy industries. And now, even human waste processed at sewage treatment plants...

See, a team at Oregon State University found a new way to make power-producing fuel cells out of the microbes that grow in wastewater. Team members said their approach works 10 to 50 times better than current systems.

This technology cleans sewage by a very different approach than the anaerobic bacteria used for decades, which results in nothing more exciting than methane gas. With the new approach, bacteria oxidize the organic matter in such a way that it creates a strong electric current.

In fact, the current is strong enough to allow such treatment centers to become net sellers of electricity. That's quite a turn of events - they now account for about 3% of all electric use in the U.S.

Back in August, I told you how bionic eyes will help end blindness. One of the firms I profiled, Second Sight Medical Products, has just made another major breakthrough in this area.

Turns out a research team recently used Second Sight's new Argus II device to project braille patterns directly onto the retina of a blind patient's eye. This allowed the patient to accurately "read" words that contained up to four letters.

Argus II uses a small camera that is mounted on a pair of glasses. The platform also includes a processor that translates signals from the camera onto a microchip implanted directly on the patient's retina.

Second Sight says the patient could see patterns and make them out as individual letters in less than a second and with nearly 90% accuracy.

So far, the company has only tested the system on one patient. But they say this letter-recognition software could help scores of other blind people in the near future.

When he accepted the Republican Party's nomination for president in 1988, George H.W. Bush referred to the country's legion of volunteers working like "a thousand points of light." The phrase stuck and became fodder for late-night comedians.

Now comes the real thing, with amazing implications, courtesy of MIT. A team there recently created a new fiber-optic device that can deliver 1,000 precise points of light to a 3D section of living brain tissue smaller than a sugar cube.

This advance is part of a new field called optogenetics.

The idea is to use gene treatments to turn individual brain cells on and off with a light.

See, with optogenetics, researchers select cells in the brain they want to make sensitive to a particular light color. Then they use the light to tell precise regions of the brain to activate or not.

Because the new tool delivers light to the brain in three dimensions, it opens the potential to explore entire circuits within the brain. Ultimately, the team said, this could lead to neural prosthetics that control brain disorders like the seizures that occur with epilepsy.

How to Recycle Electronics with Hot Water

I'm constantly telling you I think technology can save the planet. Here's an example.

Printed circuit boards (PCBs) are the guts of just about every piece of electronics. There are billions of them in the world. Trouble is, only about 2% of PCBs can be recycled with current technology. Every year around the world, more than 100 million PCBs go straight to trash heaps and landfills.

But two U.K. teams have developed a novel new material that means 90% of those circuit boards can be used over again.

Recycling couldn't be easier - just add hot water. The process allows the components to be separated and then reused. However, the team believes the components will still work well outside the lab, too. They said the circuit boards withstood the rigors of internal heat that's a byproduct of most electronics.

This could be big. A better way to recycle electronics would greatly aid the environment.

These Paint-On Cells Could Lower the Cost of Solar Energy

A Stanford University team has built the first solar cells made completely from carbon. Team members said such devices could greatly lower the cost of sun power by doing away with the pricey materials used today.

The team made active solar agents from a liquid. Thus, they believe that in the near future you could get electricity by simply painting carbon solar "cells" onto a wide range of surfaces.

We're talking about applying solar panels to walls, windows, cars, and more, with the flick of a paintbrush. Really, the possibilities are endless.

Remember to share what's fascinating you by leaving a comment below or writing to me at customerservice@eraofradicalchange.com.

Why did I read this? A lot of scientific newsy stuff and not one stock symbol!

Please note an error, where it's stated that organic methane is produced by "aerobic" bacteria. This, in fact, is ANAEROBIC process. Here is a clip from Wikipedia:
CO2 + 8 H+ + 8 e- ? CH4 + 2 H2O
"Methanogenesis is a form of anaerobic respiration used by organisms that occupy landfill, ruminants (e.g., cattle), and the guts of termites."

Editor's Note: Fred, you are absolutely right. We apologize for the error and have made that correction in the story above. Glad we have careful readers like you to point these things out!

"I'm constantly telling you I think technology can save the planet."
This is a ridiculous oxymoron. Save it from what? from technology?
It's abuse of technology that is destroying the planet, i.e., chemical agriculture, and huge chemical industry (cosmetics, and household cleaners) that produces little, or no necessity — it just facilitates vanity and laziness . Of course there are real benefits from technology, but in human context technology will always be abused.
The only reason vanity products exist is high consumer demand.

Re: the 1000 points of light on brain tissue.
This should be a huge help for sufferers of tinnitus, the continual ringing in the ears. It was recently discovered that a portion of the brain that controls the hearing, is continually firing when it whould be at rest. If this new technology can turn off those brain cells that are causing the continual ringing then it will give relief to tens of millions of tinnitus sufferers. Put me at the front of the line.

What about the new plane made of carbon fibers and uses cells to capture light and fly the plane all night with what it collects in the day? Could they paint on cells and make it lighter and conform to the shape they want. What companies make this type of carbon? What a wonderful time we live in with all the new technicology coming on. Keep us apprised of all these new things is wonderful. Thanks again and keep them coming. Jere