Looking at a 10-year gold prices or silver prices chart and seeing respective gains of 423% and 650% can get investors pretty excited, and for good reasons.

Whether you enjoyed the previous commodities bull run and are currently adding to your positions, or just initiating one, now is the time to buy gold and silver, as both are expected to continue climbing in value. 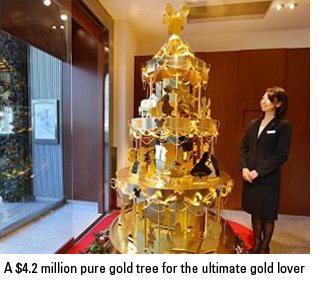 One of the best parts of my job is when I hear back from you.

And two recent columns in particular on gold generated a larger-than-normal response.

The comments were related to the two-parter on gold prices that we published on Nov. 5 ("The Secret Gold Standard") and Nov. 13 ("Why Obama's Victory Means Higher Gold Prices").

Let's take a look at what you had to say.

The comments related to the "Secret Gold Standard" column were especially intriguing because a number of you thought I was advocating a literal return to the "gold standard."

I wasn't, of course. I employed the term as a convenient metaphor to try and help folks understand how the world's central banks were adding gold reserves for the first time in nearly a quarter century.

In fact, a global return to the gold standard isn't possible - there literally isn't enough gold to allow that to happen. It would crimp money-supply growth in such a way that global economic growth would be stymied.

A number of you wrote in to make that same point - including one reader who actually performed all the necessary calculations to make his case.

Al K. wrote in to ask: "Some analysts believe gold will drop further & others believe gold has bottomed out now. What do the experts of Money Morning believe?"

Since Al requested an "expert" opinion - a fair request - I put in a call to Chief Investment Strategist Keith Fitz-Gerald.

The Outlook For Gold Prices

Right now, Keith explained, there are two separate outlooks for gold - one for the near-term and another for the longer-term.