But before you decide to pile into real estate, you might want to think about it for a moment.

It's not that there's anything wrong with Mr. Toll, nor even his prediction. He is a seasoned executive in one of the most respected homebuilders in the country; it's why he made this prognostication and what he stands to gain from it that bothers me:

As for the notion that real estate will appreciate 20% next year and as much as 30% the year after, that's a more nuanced insight. Note, I'm not saying it's impossible, just that it's highly unlikely on anything other than an extremely localized basis.

Why Bob Toll is Wrong About Home Prices

When viewed against the longer term lens of history, housing values are still as much as 6-12% overvalued.

You can see that quite clearly in the Case-Shiller Index created by Yale's Robert Shiller. Take a look: 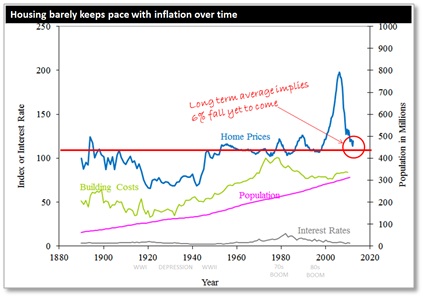 In case you are not familiar with it, the Case-Shiller Index reflects sales prices of existing homes rather than new construction. As such, the index more cleanly tracks housing values as investments over time.

I bring this up because the other thing the Case-Shiller Index makes abundantly clear is that real estate prices have still not completely reverted to their average of 112.9263. That means real estate prices favor as much as another 6%-12% decline before they come into line with historical figures.

But back to the notion of highly localized real estate investment. Toll told Reuters host Robert Wolf he prefers New York City as the place to build, citing it as his top pick in 2013.

I can't say I blame him. As long as big banking has a free pass, Wall Street's lobbyists continue to run amok and government spending continues, Gotham's real estate conditions will remain conducive to "investment."

The story is much the same across broader New York State, notes Levi Spire, who is a candidate for the 121 NY State Assembly.

According to Spire, since 1992 New York's spending has increased by 153% while its GDP has only tacked on 128% and its population has increased a mere 8%. Clearly something is out of whack. 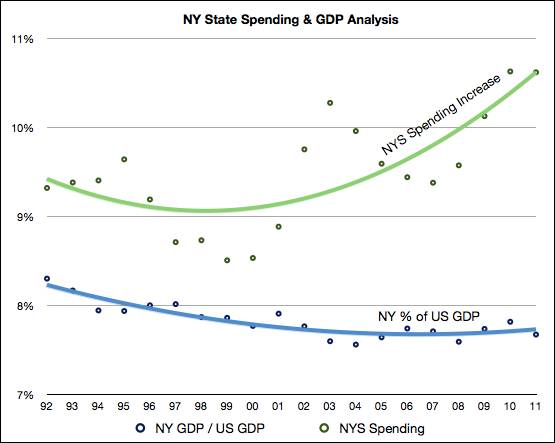 Figure 1: Office of the Comptroller, Leviforassembly.com

Spire says this suggests that New York "spent beyond its value" and is actually "hurting our economy."

The story is much the same in other functionally bankrupt states like Illinois, California, and Hawaii, where the number of people who live on the government's dime outnumbers those in the private sector.

If and when the government ever cuts back on spending (now it's my turn to indulge in fantasy), you can bet real estate will tank in these areas.

But - and you knew this was coming - companies like Toll Brothers will be long gone, having financed and sold their projects downstream to unsuspecting buyers who glossed over the relationship between Washington and its favored industries -- or worse, completely ignored it.

That's obviously a strong statement but it's not one I make lightly.

Toll, like many of his peers in various "favored" industries, is not stupid. He is looking to maximize profits any way he can, and investing in markets like New York City that are heavily dependent on government spending as a means of propping up value is just one way he's tapping into the system.

Bill Gross of Pimco, Jeffrey Immelt of GE, Lloyd Blankfein of Goldman...they're all doing the same thing. Their actions are little more than gross self-interest offered under the guise of public stewardship. Whether it's right or wrong, I will leave up to you.

The Best Ways to Invest in Real Estate Now

If you're tempted to invest in real estate despite what I've just shared with you here are a few things to think about:

Great article. Washington continues to support a false real estate bottom hardly different from the recent housing bust. States like the Dakotas, as you mentioned, have a real economy supported by natural economic forces and unaided by big gov't. No doubt, real estate values….not to mention the majority of Middle America's wealth will decline soon after Washington reduces the great R.E. bailout. Good reporting!!

Good article, as always with Keith Fitz-Gerald. One thing that I have not yet seen addressed in any article relating to real estate is the demographic bubble that is playing a big part of the decrease in prperty prices. The Baby-Boomers are downsizing. They are starting to retire and are selling their homes to buy more modest digs. The Boomers are in their most productive years also, and as they retire there will be a decrease in GDP because the birth rate and immigration numbers are not sufficient to compensate. Companies like Toll Brothers are dreaming if they think that real estate values will increase for any other reason than the forthcoming inflation, which will be/is a result of the government printing money.

Mr. Toll is playing his cards right and correctly reading the political tea leaves. Most Americans are accustomed to certain levels of gov't services supported by taxes. Federal income tax rates haven't increased in years but the inflated level of services have and if they are to continue taxes must increase. Taxes not only must keep us solvent but also pay down the national debt resulting from 2 wars fought on a credit card. Folks are so incensed with the GOP not only concerning fiscal issues but a whole host of moral issues including gun rights to name a few. Let's see…..Hillary Clinton in 2016 – 2020 … Don't become too critical of Mr Toll because he's helping to affect change to provide him and his company the best chance to make a profit over the next 10 years.

I don't need a Case-Schiller index to tell me that houses are overpriced. My gut tells me the same–houses are NOT moving; the market is NOT being cleared at current prices. The fix is for prices to drop to market-clearing levels. Of course, guys like Bob Toll (and Ben Bernanke, and anybody in the establishment with a vested interest in keeping prices up) would rather eat dog doodoo than admit that. But it's plain as day. When inventories start going way down, then I'll change my tune, but not until.

The housing market varies so much by region. While I was living in San Jose, CA, the prices were totally absurd and at 9% interest. I'm in Texas now, and prices didn't really change that much because they weren't so over inflated. As for inventories, the national number for backlog of houses on the market has fallen from 11 months to 5 months this year. That's a huge drop approaching a point of stability, and with interest rates so low housing is becoming an investment again. The number of people getting 15 year loans has also increased a lot because of the low rates. New York, San Jose, and San Francisco all have the issue of limited land availability that is not a problem in Texas.

That is Mr. Bob Toll's Christmas wish.
I am curious to know how many people
really want the price of their home to
increase by 10, 20 or 30 percent..

As usual, thank you everybody for some great insight and thinking. It's really tough to know we need a recovery yet have the deck so very stacked against us. I'll be doing some more digging on the real estate picture in the months ahead – please write in and let me know what you're seeing in your neighborhood when you have a minute.

All the best regards for great holidays and, of course, thank you for being part of the Money Morning family.

Here in the South Bay area of California, specifically Torrance, existing home prices have increased 20 percent since spring 2012 in sought after zip codes. Adjacent zip codes lag substantially. Its a function of public school quality. Foreign buyers and flippers are paying cash for these 3 BR 1 BA 1200 sq ft deals at $500,000.

That's not a prediction-it's a vain hope.

"What is intellectual honesty's cash flow?"

Villains in many professions ask this.

Democrats built the first bubble that resulted in our economic crash and learned nothing except how to artificially inflate markets and values. And the beat goes on.

Like you said Keith, Real Estate is a local matter, entirely. Take Utah, said to be a "more stable state". Well, the Wall Street Journal reported recently that a retiree from back East bought a house in rural Southern Utah near a golf course in Kanab, Utah a few years ago. Currently it is worth 20% less than she paid and consequently, she is "underwater". She can not sell or refinance and is stuck there. Will it come back? Sure, in 10 years maybe. Rural areas that are entirely dependent on tourism are less stable and riskier investments than more economically diverse areas, even in a "stable" state like Utah.

Also, less economically diverse areas like the U.S. Virgin Islands are vulnerable to economic shocks. Hess shut down an 85,000 barrel of gasoline/day oil refinery in St. Croix in January 2012. ( Gasoline that was shipped to the East Coast). The GDP of the ENTIRE Virgin Islands declined by 20%, instantly. Unemployment and crime escalated. Unemployment in the V.I. went from 8%-9% to 18%. Now about all there is left is three cruise ships ("love boats") docking in St. Thomas each day.

Real estate that would have listed for $399,000 a few years ago on St. Croix now is listing for $200,000 +; about 1/2 its previous market value. Time on the market is still about 300 days on average. Will it come back? Probably not in the next 10 years anyway. Real Estate prices still accurately reflect demand and economic conditions unless the Government gets involved.

Some studies have indicated 2013 will see a high percentage of foreclosures. If that turns out to be true then there is no way Toll's prediction will come true.

The reality is the real estate market is being manipulated by the banks in collusion with the federal government. It doesn't take a rocket scientist to figure that out. I look at the total amount of foreclosure properties vs. the amount of inventory or the market. Add to that the total amount of homeowners underwater who have been straddling the fence waiting for prices to start rising again, and eventually much more inventory will be added to the current backlog of foreclosed properties. The reality is there is much, much more inventory than qualified buyers. Every real estate professional knows this. But when you have an artificially manipulated market with much less supply, simple econmics dictates that prices will rise. Now with taxes being raised to help pay for the government's overspending and huge debt, why would anyone want to invest in another real estate bubble. Fool me once – shame on you…Fool me twice – shame on me.

Bob Toll must be smoking something in the white house along with "that guy" who is is President. He is simply attempting to gin things up for Toll. And perhaps the best reason to doubt him is he is an advisor to "That Guy".