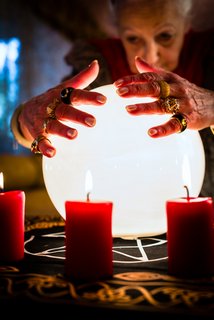 In hindsight, these 10 worst tech predictions all look utterly ridiculous.

But what's obvious now is almost never obvious in the nascent stages of any tech revolution.

These horrible predictions all have in common a profound inability to see the value of a new technological development. They all failed to identify these breakthroughs as game changers.

And while the poor souls who made these statements get all the derision, at the time many people - if not a majority of people - agreed with them.

That's why in a few years we might see Bitcoin making its way on to this list...Which brings us to the 10 worst tech predictions of all time...

The 10 Worst Tech Predictions Ever

In chronological order, to be fair:

Worst Tech Prediction No. 1: Electric Lights, 1870s
Supposedly, Professor John Henry Pepper, a Victorian-era celebrity scientist, after seeing Thomas Edison's lightbulb in the 1870s, said, "Do not bother to sell your gas shares. The electric light has no future." Such thinking was probably typical of the era, but preposterous given the prevalence of electric lighting today.

Worst Tech Prediction No. 2: The Telephone, 1876
When Alexander Graham Bell approached Western Union Co. (NYSE: WU) with his invention, the company president wrote an internal memo: "This 'telephone' has too many shortcomings to be seriously considered as a means of communication. The device is inherently of no value to us." Amazingly, a century later in 1981, Marty Cooper, director of Research at Motorola, made this prediction to the Christian Science Monitor: "Cellular phones will absolutely not replace local wire systems. Even if you project it beyond our lifetimes, it won't be cheap enough."

Worst Tech Prediction No. 3: The Airplane, 1895
Renowned British mathematician, physicist, and engineer - and President of the Royal Society - Lord Kelvin voiced a widely held notion when he declared: "Heavier-than-air flying machines are impossible."

And it only gets worse from here...