Readers ask me all the time if I can recommend an investment that is 100% risk free.

I can't do that. There is no such thing.

(If anyone tries to tell you otherwise, take your money and run!) 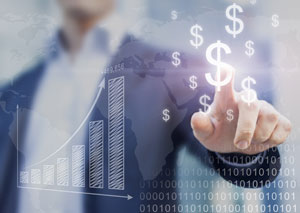 That said, there is one way you can make any investment risk "free" under the right set of circumstances, by using one of my favorite Total Wealth tactics: the free trade.

We've talked about this before, and many of you got a chance to put it into practice with our Human Augmentation target, Ekso Bionics Holdings Inc. (OTCMKTS: EKSO) - simultaneously doing three things in the process: capturing profits of at least 100%, paying for your initial investment and reducing the risk on your remaining position to almost nothing.

Now, with the markets at new record highs and Greece machinations threatening to cause major corrections in world markets, I want to revisit that tactic. That's because many investors are sitting on solid profits and, in doing so, unwittingly taking on a lot more risk than they should.

The concept of a "risk free" investment is not new. The allure of risking nothing and gaining everything has been around for centuries. And, as you might suspect, it's almost never ended well.

So why is it that you hear the term in widespread use today?

Because Wall Street only associates risk with loss.

That's why they consider U.S. Treasuries and other government paper as "risk free" choices, even though they know full well that there are risks inherent in every investment. It's a game of semantics.

It's a game, incidentally, that they want you to play, because it forces you to implicitly buy off on the most profitable strategy of all (for them) - diversification.

That's the idea that if you spread your risk around in different asset classes and investments - like stocks, bonds, cash, real estate, and the like - you'll be better off. The thinking is that not everything can possibly go down at once.

It's been around a while. In fact, the theory was first noted in the book of Ecclesiastes written around 935 B.C. It's also mentioned in the Talmud. Even Shakespeare picked up on it in "The Merchant of Venice" hundreds of years ago.

But it's absolutely wrong.

Ask anybody who got their portfolio halved twice in the last 15 years - first during the dot-bomb implosion from 2000-2003 and then the ongoing Financial Crisis that kicked off in 2008 with a vengeance. Everything went down at once both times.

And it's not just me who thinks so either. Warren Buffett notably quipped that diversification "makes very little sense for those who know what they are doing."

I believe you've got to think about risk differently in today's highly computerized and interlinked global markets, especially when it comes to your winners.

My logic isn't sophisticated. Put simply, nobody ever went broke taking profits but plenty of people have gone broke taking losses. So it not only makes sense to concentrate your assets using appropriate risk management but also to harvest your winners when the markets are strong. That way you'll have opportunity at hand rather than being forced to run for the hills when the markets are weak.

It doesn't matter whether you've got a lot of money or just a little, the principles driving our discussion today are exactly the same:

Preferably, both at the same time.

Here's a Real-Life Example of How This Works