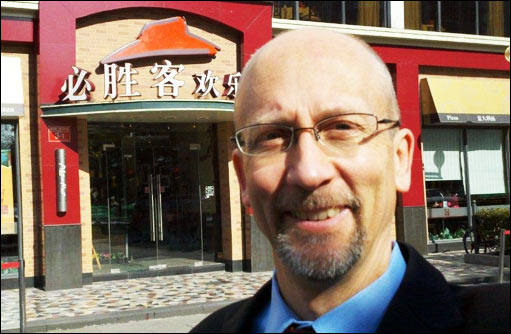 BEIJING, People's Republic of China – There's something inherently satisfying about waking up on a clear, crisp fall day in this bustling capital city, and seeing this headline atop the lead story in this morning's China Daily newspaper:

In essence, the World Bank has finally acknowledged what we've been telling you for several years – that China's accelerating domestic growth is already reducing its once-almost-total reliance on exports.

This is an important validation of our investment strategies and of China's newest economic policies. Investors who see and understand these developments can expect to enjoy some significant long-term successes.

I've spent the better part of the last two decades watching, traveling through, and even living in different parts of Asia, which means I've had a ringside seat for China's economic makeover.
This Asian giant has undertaken a huge economic development plan aimed at modernizing the country's roads, water-and-sewer systems, and power-generation capabilities – just to list a few examples.

At the same time, however, Beijing has done a lot to spur domestic demand in an economy that has traditionally lived and died with the global export market. By boosting domestic consumption from consumers and companies, China's leaders have shifted the country's reliance away from having to rely too much on the economic policies of other countries.

That trend will continue – which is really fortuitous, given the big slowdown in global exports that we're expecting next year (something the World Bank is now apparently focused on, too, according to the newspaper headline we just mentioned).

Indeed, China's latest five-year plan, officially referred to as the Proposed 12th Five Year Plan covering 2011-2015 places an emphasis on "economic rebalancing," which is how the government refers to this shift in focus from external growth to more-sustainable internally driven economic growth.

The plan includes the acceleration of such non-export-driven sectors as healthcare, education, and services, while folding in such overlying macro concepts as urbanization. Urbanization, in case you are not familiar with the term as I've defined it here at Money Morning, is the mass migration of 500 million people into China's top-tier cities within the next 10 years.

That sounds like a long time, which is why many investors will be tempted to blow it off. After all, China was once only the fourth-largest economy in the world. Then it was the third. Now it's the second. And still, I'm amazed people tend to think China's ascendancy will happen "some day."

A Picture of Growth

To get a better understanding of what's taking place in China, let's take a peek at China's trade surplus as a ratio of its gross domestic product (Trade Surplus/GDP). This year, it's likely to drop below 5% – which represents a decline of nearly 50% from the pre-crisis level of 10%.

Even though China continues to export, this decline means that the value of those exports as a percentage of GDP is dropping. And that means the country is consuming more of what it produces internally.

If you think about it, this all makes sense. In China, purchasing power is accelerating, so that tens of millions of people are making the transition from lower-income living to become middle-class consumers. Once that occurs, these consumers will start looking to buy stereos, washing machines, cars and even houses – items that Western consumers take for granted.

Various studies show that consumer spending accounts for roughly 30% of the economy. Imagine what will happen when it hits 70%, putting it on par with the United States! It'll take some time before that happens – but not as much as you expect.

All in all, we're expecting to see China's GDP advance at a rate of 10% or better in 2011, up from the 8.5% to 9.0% rates that I projected in 2010. And this acceleration comes in the face of some global economic challenges that continue to hamstring such markets as the United States and Japan – as well as another round of global slowing and a drop in exports that I see for next year.

In the decade that just passed, most investors who wanted to profit from China did so by focusing on the export trend. That's no longer the right lever to pull. With the economic rebalancing, it's time to look at consumerism, healthcare and such other domestically driven sectors as real estate.

"The export sector was the way to invest in China over the last 10 years, but it's not … over the next 10 years," Isaac Souede, chairman and CEO of Permal Asset Management Inc., a hedge fund with a $150 million bet on China, told the China Daily. But now, "we are more interested in local companies with local consumption stories."

I've got to run to a meeting, so I'm going to leave you with this final thought – and some recommendations to consider.

Many investors have a hard time understanding China because it's so "different." But when you really get right down to it, consumers in China really just want what we want: A healthy economy and productive work force with enough good-paying jobs to allow for a growth in consumption spending.

The only difference is that Beijing seems to be pulling it off … while Washington struggles.

But you can improve your own situation with a successful investing program based, in part, on what you'll see here – as well as in other issues of Money Morning.

Actions to Take: If you understand that Beijing is rebalancing China's economy to emphasize internal consumption over export-driven growth, you'll also understand that you need to invest (or adjust your investments) accordingly.

I suggest you get started this way:

[Editor's Note: Money Morning Chief Investment Strategist Keith Fitz-Gerald predicted a number of years ago that investors would see a big swing in IPO deals toward Asia, and specifically China. U.S. companies will list there. And they will even seek to raise more and more of their money there as the global capital markets become less Wall Street-centric.

That's the kind of foresight that's made Fitz-Gerald such a success as an investor – as is evidenced by the near-perfect record he's maintained in his Geiger Index advisory service. If you missed out on part or all of that stunningly profitable run, don't despair: He's looking for the same kinds of profit opportunities in his newest service, The MicroQuake Alert. To find out more about MicroQuake, please click here.]

Re six ways to profit……
These articles with comments & insghts that appear to be based on solid research are extremely important to me as a small investor. I have neither the time or the expertise to dig out what is absolutely necessary to make investment decisions that will be profitable in the time frame that is my concern.
Many thanks,

When Investing in Latin America, Politics Point the Way to Profits - Money Morning