With investors looking ahead to the biggest public offerings of 2018, our readers have been asking, "Should I invest in the Lyft IPO?" 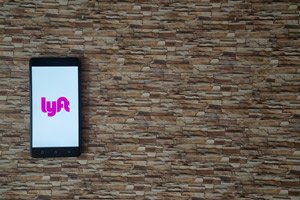 But do more rides alone make Lyft stock a buy on the Lyft IPO date?

Before making a decision, here's everything our readers need to know about the $7.5 billion company...

The Background: From Zimride to a Lyft IPO

Lyft was founded in 2012 by Logan Green and John Zimmer.

The two originally started a company called Zimride, which was a ridesharing solution for college students needing long-distance carpools back to school.

The duo sold Zimride in 2013 to Enterprise Holdings to focus entirely on Lyft.

And so far, it seems like focusing solely on Lyft was the right decision...

Lyft currently operates only in the United States, but the company could expand into Canada by the end of 2017, according to a Sept. 14 Fortune report. Thanks in part to the scandals at Uber, the ride-hailing service increased its rides 136%, from 53.3 million rides in 2015 to 162.6 million in 2016.

And because of Lyft's rapid uptick in rides, it's fetching a lofty valuation...

Lyft's latest valuation is $7.5 billion, which may sound surprising to some, as the company lost $600 million in 2016.

However, some investors are willing to accept that valuation because Lyft plans to be profitable by 2018, according to Bloomberg. In fact, CapitalG, the investment arm of Alphabet Inc. (Nasdaq: GOOGL), just led a $1 billion funding round for Lyft on Oct. 19.

Alphabet may have been so eager to lead this round because it could be the last chance to invest in the company before it goes public...

The Lyft IPO Could Happen Early in 2018

Lyft is in the process of hiring an IPO advisory firm, according to a Sept. 28 Reuters report. The advisory firm will help pick the underwriters for the IPO who will, in turn, determine the IPO offering price.

The IPO offering price is a discounted stock price only available to big banks and hedge funds before it's sold to the public.

Lyft has completed its interviews for an IPO advisory firm and plans to make its selection shortly.

And when Lyft selects its underwriters and goes public, we want our readers to be prepared.

Should I Buy Lyft Stock on the Lyft IPO Date?