As governments get more aggressive about curbing sweetheart deals that allow many U.S. companies to drastically lower their corporate taxes, it will take a big bite out of their profits - and that's bad news for stocks.

Last week the EC published the preliminary results of an investigation it is making into Apple Inc.'s (Nasdaq: AAPL) similar tax deal with Ireland, saying it amounted to "unlawful state aid." 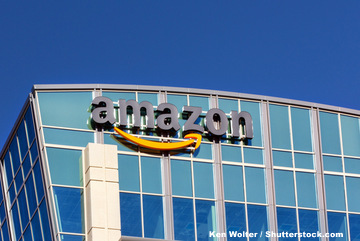 And a preliminary report on the EC's investigation of the arrangement that Starbucks Corp. (Nasdaq: SBUX) has with the Netherlands to avoid corporate taxes is expected any day now.

But those three companies are only the trickle before the flood.

Over the past two decades, dozens of U.S. companies, most of them tech and big pharmaceutical companies, have set up shop in low-tax countries as part of a strategy to avoid corporate taxes.

It's all perfectly legal, too. Profits are funneled from countries with higher tax rates to the country with the lower tax rate. In many cases, the company doesn't even pay that rate, as special deals lower the amount of corporate tax owed to stunningly small amounts.

For example, in the European Union, Apple not only avoids the higher tax rates outside of Ireland, it doesn't pay anywhere near that nation's statutory rate of 12.5%. The corporate tax Apple actually paid was less than 2%, which has saved the tech giant some $6 billion dollars over the past three years.

Companies Ignored the Signs of a Corporate Tax Crackdown

That a clampdown is happening now come as no surprise; the Organization for Economic Cooperation and Development (OECD) presented a two-year plan to curb the avoidance of corporate taxes in the summer of 2013.

Both companies and the markets have paid little attention to the OECD proposals, however, assuming that the government cooperation required to implement it would never happen.

But the EC investigations are happening, and should be on the radar of U.S. companies. Just last month the OECD unveiled several more proposals aimed at cutting down corporate tax havens.

The new OECD recommendations "will thwart many of the aggressive tax practices that companies engage in today," said Algirdas Semeta, the European Commission's taxation commissioner. "They will ensure that countries work together to protect tax bases, rather than tug against each other to the benefit of corporate tax dodgers."

National governments may not like cooperating with each other, but when it comes to corporate taxes they have a tremendous incentive - revenue. Virtually every major economy is struggling, and governments are saddled with carrying enormous debt.

International cooperation doesn't seem so far-fetched when it's the only way to capture billions of dollars in now-lost tax revenue.

Make no mistake: this train is headed straight for Wall Street. And the worst part is, it's a lose-lose situation for the U.S.

This is a true political issue headed by the Republicans. All the talk about cuts and savings. That is the only way out. Has been making it sweeter to move out of the US. Last year during the "debt ceiling crisis." Would not get passed until the Demos would concede not taxing profits made overseas. Last that I know about, the Key pipeline would not get to the White House without Republicans demand to change; "The pipeline is to be built with only Steel manufactured in the US to some Steel can be manufactured in the US.

All this encouragement to manufacture overseas. Is now not a good deal. Since they will be taxed by the foreign countries boosting their corporate taxes. The US is now cut off from their profits and had things gone on where manufacturing is encouraged to be in the US, what you write about overseas, would be a non-issue here. You know those big time people named GE, DuPont, etc. will return to the trough and want to feast from the US people again.

GOOD! They all deserve it! I wouldn't invest in any cheating company anyway. I pay 30% tax rate and so should everyone else! I'm so sick of rich people cheating the REAL American people! I've boycotted Walmart, GE, Valero and any company that takes and takes and then takes their profits and hide them overseas! These companies made all of that money using our roads, bridges, and infrastructure. They used our government educated people for employees, our police forces protect them from being robbed or stolen from and yet they have the nerve to hide their money from the US tax pool. BOOOO to you cheaters!! Now PAY UP!!

my question is simple why can't US govt plug those loopholes which gives low tax rates to people like buffet and hedge fun managers. I am referring to low tax rates in 'carried interest' income and tax inversion M&A deals. But USA is a rich country and corporates must be punished for evading tax.