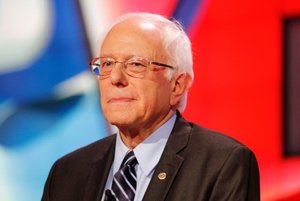 If Sen. Bernie Sanders' (I-VT) "Medicare for All" Bill passes, it will make Medicare almost unrecognizable.

Sanders is attempting to address the call from nearly a third of the Senate Democratic Caucus - who've been adamant about a single-payer healthcare system - by proposing the Medicare for All Bill.

The bill would completely eliminate all out-of-pocket healthcare costs for individuals, as well as deductibles for any resident of the United States - regardless of income status.

"Our job will not be completed until we build upon the success of the ACA through the establishment of a Medicare for All, single-payer health care system," wrote the bill's drafters.

How Will the Medicare for All Bill Be Implemented?

The drafters of the bill claim that it would slowly move people from employer-based insurance onto the government-run Medicare program over four years.

The bill calls for the elimination of premiums for private health insurance, deductibles, and co-pays. However, most Americans and businesses will pay what Sanders says is a much smaller share of their income to fund the program, according to CNN.

Here's a breakdown of the time frame for the plan:

During the first year, the Medicare for All Bill would add prescription drugs, dental, vision, and hearing aids to the program. People age 55 and older as well as those under 18 will become eligible for Medicare during this first year.

Introducing Medicare for All

Within the second year, people over 45 years old would become eligible for the program.

In the third year, the eligibility threshold would drop to 35 years old.

By the fourth year, any resident of the United States would be eligible for the program. Although, as ThinkProgress.org points out, it's unclear how the drafters intend to define "resident."

The bill is designed to create a universal Medicare program for everyone in the country.

Unlike the current Medicare system, Bernie Sanders' proposal would do away with all deductibles and out-of-pocket costs, like co-insurance and co-payments.

Comprehensive coverage would be available for every enrollee in the program. This includes hospital and emergency services, prescription drugs, mental health services, substance abuse treatment, primary and preventative care, laboratory and diagnostic services, and pediatrics. It also would cover dental, vision, and audiology services, unlike the current Medicare system.

It also expands reproductive health services to include abortion.

Under the Medicare for All Bill, federally-funded health programs like the Veterans Affairs Health Benefits, Medicaid, and the Indian Health Service will not be affected.

What Costs Would Be Associated with the Medicare for All Bill?

The drafters of the bill claim that it will save consumers money by effectively streamlining how U.S. residents access health care.

"Instead of wasting hundreds of billions of dollars trying to administer an enormously complicated system of hundreds of separate insurance plans, there would be one insurance plan for the American people with one single payer," wrote the drafters.

Moreover, the bill would encourage the government to negotiate directly with drug manufacturers to lower the cost of prescription drugs.

The Kaiser Family Foundation Senior Vice President for Special Initiatives Larry Levitt tweeted "Administrative costs and profits under a single-payer plan would almost certainly be lower," on Sep. 8, in support of the bill. However, he also noted that a single-payer system could result in higher taxes and other negative trade-offs.

How Will the Medicare for All Bill Be Funded?

This is where the problem with the bill lies.

In its current form, the outline does not explicitly say how the government would pay for the program. Sanders' team of drafters told ThinkProgress.org they will release the funding in a "separate white paper."

Funding is a major concern with single-payer healthcare systems due to their large coverage base.

The bill also does not address how it will handle (and pay for) what is certainly going to be an older and less healthy marketplace during the first few years of implementation.

However, funding issues aside, the executive summary of the bill notes there is widespread support for the policy. 60% of Americans - including 75% Democrats, 58% Independents, and 46% of Republicans - support expanding coverage to all Americans, according to The Economist and YouGov.

The $6.7 billion legal marijuana market is estimated to top $35 billion by 2020. And a few dozen tiny stocks are set to deliver potentially once-in-a-lifetime windfalls.

As a service to Money Morning readers, we're now making available our 89-page cannabis-investing guide, The Roadmap to Marijuana Millions.

This "bible of weed investing" features the absolute top 30 pot stocks in edibles, dispensaries, biotech, and more - all of which could make you a fortune.

Uncle Bernie is constipated and demented–gee –I thought I saw him float up on the beach in Malibu again–oh no not another weekend with Bernie!

Small detail……….he has no idea how to fund what would be a multi-trillion dollar government run disasterous program. There would be millions of bureaucrats handling the requests for testing, procedures, surgeries, home health care, drugs etc. just as there is now with HMO's. These bureaucrats will have control of the people since they will decide who gets what…….which will be rationed care based on arbitrary policies and mandates the government decides, not your doctor nor the patient.

Of course that is the true objective……..control of the serfs, which is control of voting to keep the power base intact. You can bet your a** Bernie and the rest of the DC criminals will have their own high end Cadillac plans that will cover everything.

WAKE UP FOLKS………you're about to be screwed again!

My biggest concern about single payer is that certain people will become too dependent on healthcare because they just refuse to take better care of themselves in the first place. There are health slobs everywhere… and I think there is a need to keep tabs on them and take them to mental care as necessary to make them stop acting as such!
Those people are the reason our present healthcare system got so smacked up and complicated as if to discourage such people like health slobs from crowding up the healthcare systems needlessly. It is a mental issue