Several members have forwarded on a recent piece entitled "To Deter Putin, How About a Total Ban in Russian Energy?" from Newsweek. It is written by Chris Hartwell and Andreas Umland and had previously appeared on the Atlantic Council website.

The authors initially number off the now familiar litany of Russian offenses to international sensibilities – Ukraine, the shooting down of MH 17 (the Malaysian airline), the Aleppo human tragedy in Syria, and an exit from the Nuclear Security Pact with the United States. All of this they suggest "is diverging further from the rules-based consensus of the post-Cold War world."

The Western sanctions introduced in 2014 seem to have little effect, leaving the authors to conclude that the measures should be increased to include an embargo of Russian energy exports to the outside world.

Now I happen to know something about economic sanctions, having experience in designing and advising on such measures. There is one overarching reality in estimating their effectiveness. It makes no difference whether we are considering the U.S. policy against Japan prior to World War II (an energy initiative, by the way) or against Cuba, the UN and Western sanctions against Iran, those intent on deterring a North Koran nuclear weapon, or the current U.S./European limitations on Russia.

And one result is very evident… 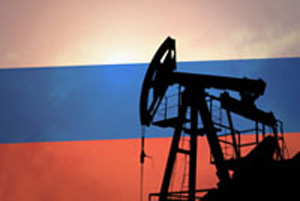 There are always unrealistic expectations about either or both of two assumptions: the effectiveness of the sanctions; and/or how many nations are likely to participate (freely or under diplomatic compulsion).

Unfortunately, Hartwell and Umland fail on both counts. Yes, Moscow certainly and heavily relies on export revenue from oil and natural gas. But recipient countries also need the energy. By simply advocating a blanket embargo of Russian exports, the suggestion harms a far greater part of the world than the intended target.

It also would require a fine line between penalizing and incapacitating a nation. Move too far in the latter direction and Russia starts moving tanks someplace. If you are strangling a lifeline, a government will retaliate.

The principal misunderstanding about sanctions is their function. This is not a surrogate weapon for military invasion. To work, sanctions must have limited and defined diplomatic objectives with clearly proscribed range and application. They also must be used in tandem with other initiatives that also have a foreign policy purpose.

Getting even is neither a sufficient nor an acceptable objective.

Embargos are difficult to implement in practice because they require enforceable agreements among so many affected players. In the case of embargos restricting where a country's oil exports can go, there would need to be a broad consensus among primary importers, all of whom must meet essential energy needs.

In the case of Russia, an expansive embargo would fail. As Washington learned only too clearly in attempting to enforce sanctions against Iranian sales, one market simply cannot avoid skirting whatever restrictions are applied.

As I have discussed before in Oil & Energy Investor, Asian energy requirements are accelerating with the preponderance of global demand shifting there at least through 2035. Economies there survive by playing suppliers against each other, not by eliminating any major source altogether. What cannot be obtained overtly will end up moving in shadow markets anyway.

There will not be anything beyond partial compliance. And then there are the ongoing multiyear contracts already in force, for which legal strictures require compliance. A general energy embargo would not even apply here.

The further complication involves what such an embargo would do inside a country. Effects of a successful economic sanction should not extend to paralyzing a population or making life miserable to average folks. That merely plays into a guaranteed rise in nationalism and further policy intransigence, especially in the case of Russia.

Targeted Sanctions Are the Best Way to Cripple the Kremlin

Malaysian jet downing? – generally known to have been shot down by Ukrainian neo-fascists who had the weapons to do so. The key is to notice how the topic has disappeared from the CIA propaganda tools known as the main stream media.

Alleppo? LOL Let's compare the tonnage of ordinance dropped on civilian populations in the middle east by the US/Israel and Russia over the last 15 years.

Newsweek of today = Pravda of 45 years ago