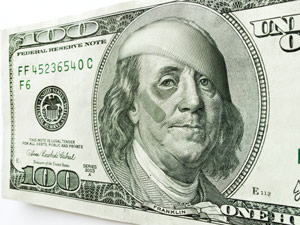 When HealthCare.gov opened on Oct. 1, 2013, the site was so crippled by technical glitches that critics questioned whether people would be able to sign up for coverage at all.

Skeptics are now concerned about a far more insidious problem with the website three years later...

On Monday, CNBC reported on a study conducted by the nonpartisan Government Accountability Office (GAO). The agency found that it was astoundingly easy to commit Obamacare fraud.

All the GAO had to do was create 12 fake identities to obtain healthcare subsidies through the HealthCare.gov website this year. The site did direct 11 of these 12 applicants to submit extra documentation to prove their eligibility - a good security measure. But still in some cases, the GAO's fake identities obtained subsidies without proper proof of immigration or citizenship status, reported CNBC.

Don't Miss: Why the Cost of Obamacare Plans Will Continue to Skyrocket...

"As if Obamacare's recent headlines were not damning enough, we find out today [Monday] that the Obama administration continues to fail the test when it comes to enrollment verification," Hatch said in a statement, according to The Hill yesterday. "Continuing to leave taxpayers vulnerable, years after the system was implemented, is a disgraceful way for the administration to leave our healthcare system."

You see, this isn't the first time Hatch has raised the alarm about Affordable Care Act (ACA) fraud.

In fact, last July, the GAO released a similar report to the one made public on Monday. At the time, Hatch told IRS Commissioner John Koskinen that more than 700,000 Obamacare customers claimed tax credits for buying healthcare but didn't bother to file their taxes in 2014. Hatch stated that this cost the U.S. government about $2 billion in bogus payments.

And just before GAO's 2015 study was released, the U.S. Department of Health and Human Services (HHS) found that $2.8 billion worth of Obamacare subsidies and payments had been made in 2014 without verification.

So these latest findings fail to surprise. Time and time again, watchdogs have sounded the alarm over Obamacare vulnerabilities in the program's exchange verification and controls.

Yet President Barack Obama's administration continues to do nothing about Obamacare fraud.

Have a look at how many times the White House has been warned...

8 Times Obamacare Fraud Has Been Reported to the White House

If blindly providing millions of dollars in unchecked subsidies wasn't bad enough, the Obamacare marketplace is about to do a lot more damage...

Not only is the ACA expected to raise its rates by at least 30% for FY 2017, it's also going to deprive millions of Americans of their chosen physicians and treatments.

Furthermore, the massively failing program is about gut the markets, too...

Other articles you may enjoy: