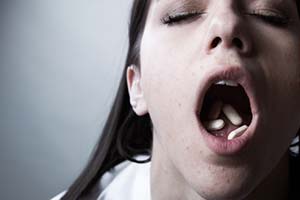 In a recent article in Time, Senior Writer Sean Gregory shared a troubling story about Obamacare…

Dr. Sullivan noticed that the patient had a long history of using opioid prescriptions, so he suggested a less potent option than what the man requested. But the patient rejected the doctor's suggestion, stating, "Morphine is sh-t." Still, Dr. Sullivan declined to prescribe Dilaudid. Of course, Dr. Sullivan made a judgment call about what was best for his patient's long-term interest.

But his decision may have made waves with his employer…

Refusal to prescribe the powerful drug could cost his hospital major money due to a specific reform in the Affordable Care Act.

You see, an Obamacare initiative was created to reward hospitals that provide patients with quality care. The Centers for Medicare and Medicaid Services (CMS) is allocating nearly $1.5 billion in Medicare payments to hospitals on specific criteria that include patient satisfaction scores.

Two of the questions include:

While the intent was to hold hospitals to higher standards, this particular Obamacare policy backfired…

How Obamacare Is Creating Painkiller Addiction

The ACA created a monetary incentive for hospitals to get glowing reviews from patients.

And that's where the new policy went down a dark path…

The Journal of Patient Preference and Adherence published a survey in 2014 that found 48% of doctors admitted to prescribing inappropriate narcotic pain medication because of patient satisfaction questions. According to the American Society of Addiction Medicine (ASAM), 1.9 million Americans had a substance abuse problem involving prescription painkillers in 2014. There were also 18,893 deaths related to prescription pain relievers.

"It's hard to make them happy without a narcotic," Dr. Sawyer stated. "This policy is leading to ongoing opioid abuse."

Despite CMS claims, lawmakers are questioning the program. Sen. Susan Collins (R-ME) saw a 27.3% rise in deaths caused by drug overdoses from 2013 to 2014.

"Health providers are telling me that these questions are written in a way that makes them fear a lower reimbursement if patients did not answer them in the affirmative," Collins stated. "For a small rural hospital in Maine to lose a certain percentage of their Medicare reimbursements is a big deal."

According to the Promoting Responsible Opioid Prescribing (PROP) Act:

"This bill would remove an Obamacare penalty on doctors who refuse to overprescribe prescription painkillers. In doing so, this bill empowers doctors, not the federal government, to choose what is right for patients."

Is Obamacare contributing to pain killer addiction in America? Tell us what you think on Twitter @moneymorning and on Facebook.

Are Tech Titans Really This Afraid of Donald Trump? A powerful group of tech giants joined together on the mysterious Jekyll Island for a meeting that was closed to the public. Why exactly did they meet? What were these powerful men trying to achieve? Well, some leaked reports say that these Silicon Valley leaders want to prevent Donald Trump from entering the White House at all costs…

Could this be an unintended consequence and therefore easily solved and it is really not an issue with ACA but with the wording of a particular clause. It is not worth a whole article with a misleading title. Shame. Live with it, ACA is here to stay