Biological immortality... living forever... it may all be closer than you think...

Right now, doctors at Harvard, MIT, Penn, Scripps, and Johns Hopkins are developing a treatment that could be the first step toward a permanent cure for mankind's most deadly disease: Aging.

And they may have just unlocked our ability to switch on an "immortality" gene.

You and I - we all have an immortality gene hidden inside our DNA...

According to Dr. David Sinclair of Harvard's genetics department, in light of recent medical breakthroughs, "There is no limit on human lifespan."

Here's how unlocking this gene in humans could lead to biological immortality...

The Truth About Biological Immortality

Seven of the top ten causes of death in America are age-related. And you can trace the root cause of all of these conditions to one specific cellular defect.

As we age, cells die off and are replenished through cytokinesis. Cytokinesis is the process where cells repeatedly duplicate - they make copies of themselves.

Here's the problem: Every time your cells duplicate, the protective "caps" at the end of each strand of your DNA, called telomeres, shrink. So over the years, with each successive copy, the telomeres keep shrinking, the DNA gets more exposed - and your cells become less and less accurate copies of themselves.

But what if the breakdown of telomeres can be slowed - or even reversed?

"Immortality might be much more common than we think," said Dr. Kevin Peterson, a molecular biologist at Dartmouth.

How We Unlock Biological Immortality 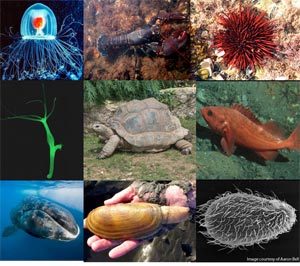 For many, the concept of unlocking biological immortality in humans sounds too fantastic to believe. But the gene has already been discovered in nine other species on earth.

Harvard geneticists "switched on" the telomerase in mice, and found that they lived 40% longer.

That's the equivalent of adding an additional 32 years to your life. They described what they saw as an "unprecedented reversal of age-related decline."

And now, after decades of experimentation and recent clinical trials, doctors have developed a safe and effective treatment that could allow us the switch on this biological immortality gene.

The New York Times described this breakthrough therapy as "The biggest change in our understanding of biology since the discovery of the double helix."

Continue here to find out how to get "Unlocking the Immortality Gene," our in-depth report on this game-changing new treatment...