There's a "universal fuel" that was just discovered, and it's starting an energy revolution. It's TOTAL DOMINANCE of the global energy markets is inevitable…

In the coming months and years, this MASSIVE INVESTMENT is going to completely reshape the world energy structure. It's making Big Oil obsolete.

And at the center of this energy revolution sits one tiny company that's about to go from virtual obscurity to household name.

Their revolutionary technology has completely transformed the way this fuel is harvested.

At the same time, they have over 750 patents protecting their market share.

To say this company is in the driver's seat would be an understatement of epic proportions.

At this moment, every major energy player on the planet is banging on their door looking for cheap energy.

In fact, their client roster is a "who's who" of global energy players. 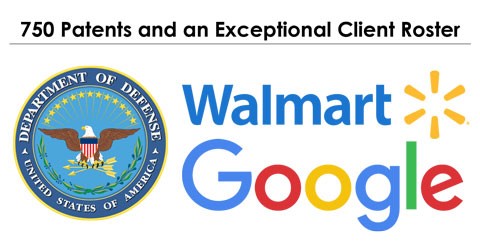 They've already locked in enormous long-term deals with the likes of Wal-Mart, Google, the U.S. Department of Defense, and New York City.

In addition, cities, companies and countries from around the globe – the biggest energy consumers on the planet – are rushing to harness this company's innovative energy-revolution technology.

I'm talking about China, India, and even Saudi Arabia!

Domination of this emerging sector is near certain… and early investors could see a potential 10, 15, 25 times their money BEFORE this even gets going full steam.

This company is tiny.

And with even a small piece of the potential $48 trillion flowing toward it, the expansion is going to be off the charts.

We're talking 80,000% potential growth. And with the energy revolution the size it is, that's being conservative…

Please understand: We are at the precipice of a whole new energy sector.

Never before has this fuel been viable on a massive, global scale.

Taking a position today would be like going back in time, back to the day John D. Rockefeller founded Standard Oil and launched the oil industry.

According to our estimates…

We are talking about staggering generational wealth, the kind that will make your family mega-rich today – and keep it that way 100 years from now.

And it all starts with ONE COMPANY at the heart of this massive shift.

How to Invest in the Energy Revolution

Even if you only start with a few dollars, that's fine. As you saw, even a thousand bucks could make you a fortune.

With an opportunity like this – pure ground floor – it doesn't matter how much you put in… What matters is that you get in early.

I'll share more details in a moment. But first, let me tell you more about the stunning technology that's bringing this revolution to life…

35 Years in the Global Energy Trenches. 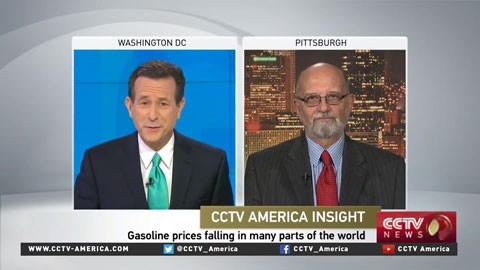 If my name sounds familiar, it's because I've made over 2,100 appearances on TV and radio programs like CNN, ABC, BBC, CBS, CNBC, and Bloomberg.

In addition, I serve as a regular expert commentator on Fox News, CNBC, and CCTV.

I have had a lifelong admiration for the man behind this new energy revolution.

Perhaps because we have a great deal in common.

You see, the man I've been telling you about has a background in the physical sciences, like me.

And like this Nobel Prize-winner, I struggled in a traditional school setting.

Quite frankly, my interests lay elsewhere. In fact, I became a Master Chess champion at age 11.

When the U.S. Government tested me, they determined my IQ was off the charts.

Consequently, I was enrolled in a Government-sponsored program at Williams College, ranked by Forbes as the #1 college in the country.

Point is, it was quite an opportunity, and I didn't waste it. In fact, I earned a degree in Theoretical Physics at age 16.

And while three generations of my family had high-profile careers in the military and politics… I was chosen by the U.S. State Department for a different type of mission.

I served for 22 years in counter-intelligence.

Now, much of this service remains classified.

But I can say I earned three Presidential Citations from presidents Nixon, Reagan, and Clinton.

And I can tell you that during my decades of service, I developed a unique set of contacts, including dictators, sheiks, ambassadors, OPEC heads, and third-world oil ministers.

As a result, I understand the intricacies of the energy markets like no one else on the planet.

I'm an energy policy advisor to nine oil majors, the U.S. State Department, as well as 29 governmentsaround the world.

In fact, the U.S., the U.K., Russia, China, Iraq, Australia, Ukraine, Uzbekistan, and Kazakhstan are just a few of the nations that turn to me for advice on global energy dynamics.

Bottom line: I know the most important people in the industry – the world's biggest buyers and sellers of energy… and the policymakers who make the rules.

Now, I don't tell you this to brag.

I tell you so you'll give what I'm about to say serious consideration.

Right now we are in the midst of a global transformation that would have been unimaginable just a few months ago.

Thanks to a remarkable technological breakthrough, a powerful fuel is transforming the global energy markets…

And changing the world in the process.

This amazing fuel is not only abundant and limitless… it's now dirt cheap. And oftentimes…

It's cheaper than natural gas…

It's cheaper than coal…

It's cheaper than oil…

More importantly, the supply of this fuel is virtually infinite, vast enough to power the ENTIRE GLOBE for the next 36,000 years.

As I mentioned, this fuel, in its raw form, is not new. The initial discovery that turns it into energy was made over 100 years ago.

But because harvesting costs were astronomical, it has never been a viable alternative to oil, gas, coal, or nuclear power.

For the full story on how to profit from this energy revolution, click here…