Legendary market maven Bill Gross, the so-called "King of Bonds," said investors will flat-out lose money if they continue employing the "buy and hold" strategies of the past.

In his August Investment Outlook, Gross told investors that "financial repression, QEs of all sorts and sizes" and low interest rates will "dominate the timescape" for decades, maybe longer.

Investors must adjust to the new world order to avoid being the loser in this zero-growth environment, Gross warned.

Gross, of course, is a bond man.

But even bonds – both government-backed and corporate – can't escape the realities of a no-growth economy.

According to global economic trend forecaster Chris Martenson, a former VP of a Fortune 300 company, the historical growth rates investors have come to expect – in every asset class – are no longer mathematically possible.

"Right now, there are dangerous economic constraints," he said, "mainly created by failed government policies, which show exponential growth in our markets is impossible."

Martenson's analysis is gaining widespread attention this month, after appearing in a newly released documentary that went viral in July. ("Conquer the Pyramid," produced by an Emmy Award-winning director, premiered online July 14, 2012.)

Martenson and a team of scientists, economists, and geopolitical analysts recently conducted a thorough investigation into the sustainability of exponential growth. They're findings revealed a startling pattern.

This pattern, Martenson says, shows that not only is market growth unsustainable – but a crash is imminent.

How will this "pattern" affect your way of life? What steps can you take to protect yourself? Click here to find out.

"It's a catastrophic pattern in the markets," Martenson said, "one we believe could soon hasten an economic collapse – a chain of events that could lead to massive inflation, the swift fall of the dollar, and a total halt to the way we currently live our lives."

The mysterious pattern was so alarming, according to Martenson, the team presented their research to the United Nations, 16 world governments, and to Fortune 500 companies. 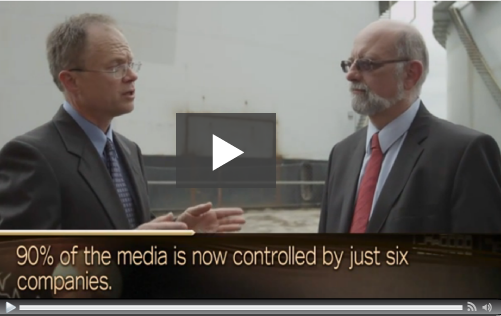 The Harsh Realities Regarding Your Future Way Of Life

"We found the same catastrophic pattern in our energy, food, water and economic systems," Martenson said. "And these systems could all implode at the same time. Food, water, energy, money. Everything."

The pattern Martenson identified affects the entire global economic system. It's eerily similar, he explains, to the kind of pattern you see in a pyramid scheme, one that escalates exponentially before it collapses – with little notice.

You can see it clearly, he said, by just looking at America's total market debt.

"For 30 years – from the 1940s through the 1970s – our total credit market debt was moderate and entirely reasonable," Martenson said. "But then in seven years, from 1970 to 1977, it quickly doubled. And then it doubled again in seven more years. Then five years to double a third time. And then it doubled two more times after that.

The problem with this, Martenson said, is that, just like the stock market, this kind of exponential growth cannot be sustained.

"It's a very dangerous exponential growth curve," added Martenson, "one that's setting us up for a situation worse than we've seen in Greece and across Europe."

Do these charts and graphs prove that the Obama Administration’s current economic path is headed for disaster?

Dr. Kent Moors, an adviser to 16 world governments on energy issues as well as a member of two U.S. State Department task forces on energy, agrees.

He said this pattern can be seen in global energy systems as well, all of which are inextricably interconnected with the markets and the global economy.

"At first, the pattern is almost impossible to perceive. Everything looks fine, just like in every pyramid scheme. Yet the insidious growth of the virus keeps doubling in size, over and over again – in shorter and shorter periods of time – until it hits unsustainable levels. And it collapses the system."

"We are on the cusp on an energy shock like we've never experienced," Dr. Moors added.

While the fallout from all of this will be truly frightening, Martenson's investigative documentary gives hope.

"If people think these issues will solve themselves nice and smoothly, they're in for a rude awakening," Martenson said. "But if you plan accordingly, you could come out ahead."

What the Experts Say: This team has recently released its investigation to the public. You can access a private airing of it online right here. You'll learn the steps you can take now to protect your wealth, investments, and way of life from this looming catastrophe. Click here to learn how some of the foremost experts in the world recommend you position yourself for the uncertain time ahead.