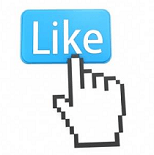 We've been saying it for months - invest in Facebook stock (Nasdaq: FB).

Money Morning Capital Wave Strategist Shah Gilani knew - even when FB slipped below $20 a share in late 2012 - that the company had tremendous promise.

That's why he pounced on the chance to buy Facebook stock in February after the company bought WhatsApp Inc. for $19 billion. On Feb. 21, Gilani told Money Morning readers that "Facebook is still in the initial phase of a big growth opportunity," and at roughly $69 a share it "may never be this cheap again."

Three and a half weeks later, Gilani stood by his bet after FB stock slid 14% since his recommendation. He called the slump a near-term correction, and reiterated that with an impressive mobile strategy, Facebook's future was bright.

"Over the past three years, Facebook has grown its earnings per share by 32%. At that rate, earnings and the stock itself could double in less than 2.5 years," Robinson - a Silicon Valley expert who has been watching tech sector transitions for decades - told readers.

The rest is history. Facebook stock's gone up more than 47% in 2014. Roughly 35% of the gains happened in the last five months.

And three details in Facebook's third-quarter earnings, released after closing bell today (Tuesday), go to show that this is a social media stock with room to go even higher...