The new Apple Watch (Nasdaq: AAPL) won't just be the most sought-after gadget of the year. It's shaping up to be the world's biggest gold price catalyst of 2015.

The high-end version of the Apple Watch, the Edition collection, launched today (Monday) and goes on sale April 24. It will have a case made of 18-karat solid gold and start at $10,000.

And Apple thinks it's going to sell a boatload of them.

According to Wall Street Journal estimates, Apple plans to produce as many as 1 million units of the Edition each month.

If some of the sales and gold content projections are correct, the gold Apple Watch could soon gobble up nearly a third of the world's gold production.

That much new demand would be the biggest gold price catalyst we've seen in years.

Let's put this in context.

The largest buyers of gold in the world are China and India. In 2014, India consumed a total 842 tonnes of gold. China was close behind at 813 tonnes.

Yet Apple may soon rank in 3rd place, potentially consuming as much as 746 tonnes a year for its gold Watch. 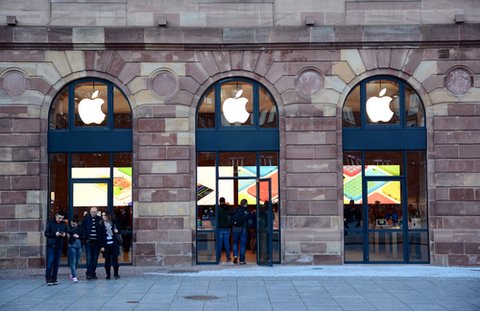 While that number borders on the shocking, it isn't inconceivable.

That takes into account that the Apple Watch will be 18K gold, which by definition means it will be 75% pure. (Pure 24K gold is too soft for a watch. Apple is thought to be mixing in low-density ceramic particles rather than other metals as other manufacturers do.)

But in a more modest scenario, the Apple Watch figures to be a major gold price catalyst....

The WSJ's source implies that Apple wants to make 1m+ gold watches per month starting in the second quarter of 2015; in practice Apple will order 1,100,000 gold watches in the first month and then cease production. They'll sell that stockpile until Watch 2 is launched, in early 2017. It's not as if they're going to rust in the interim.