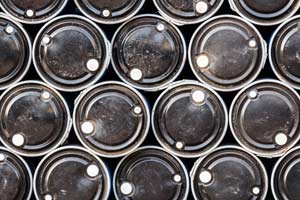 WTI futures tanked last week, with the oil benchmark hovering around $45.50 for April delivery on Friday. But Kent Moors has identified important profit opportunities amidst the carnage - and will share them with you.

On March 3, Kent greeted us from across the pond, where he was attending the Annual Energy Consultation of the Windsor Energy Group (WEG). The highly exclusive series of private meetings are held outside London at Windsor Castle and feature what Kent calls "some of the most gifted and powerful energy minds in the world."

WEG was founded under a royal charter from Queen Elizabeth II, and the annual gathering is now in its seventh year. The royals are in residence at Windsor during the meeting.

Those gathered include major energy notables from six continents plus policymakers, sector leaders and ambaoioilssadors. Chatham House rules are in place governing that conclusions and themes can be made public, as long as opinions aren't attributed to specific individuals.

The group looks at energy market trends for the upcoming 12 months. "What I learn here will be invaluable," Kent told his OEI readers in his first dispatch. "More energy-related deals are funded in London than anywhere else in the world."

In his first two missives, Kent addressed three of the most salient opportunities in the current energy market: infrastructure, consolidation and debt. Here's a quick overview.