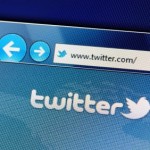 There's an irony in the fact that Twitter's disastrous earnings report was leaked and made public on its own platform an hour before expected. With some technology, even its creators aren't immune to its "disruptive" effects. Shares of Twitter (NYSE: TWTR) fell 26% after the company confirmed the figures.

However disruptive Twitter may be, its technology is still talent and resource intensive. And that doesn't make for great long-term prospects when you can't get anyone to pay for your service or figure out a viable ad serving model.

The company is certainly trying, though. It revealed the acquisition of a web advertising company called TellApart, which is largely funded by Twitter boss Dick Costolo. According to Bloomberg, the company said TellApart will provide "additional tools for cross-device identity, targeting and attribution, along with a talented team with deep direct response expertise."

But unlike Facebook (NASDAQ:FB) Twitter has had a hard time making the case to investors that it can serve ads linked to user affinity or interests. Improving ad performance measurement might only aid in confirming their suspicions that it can't.

Certainly, Twitter has a viable data licensing business, which can capture and overlay the sentiment of enormous user segments against any number of trends. But data licensing only accounts for a small percentage of Twitter's overall revenues, and the customer base seems insufficient to justify the kind of long term growth the company aims to support.

And long term viability is really what investors appear to be concerned about. Money Morning Chief Investment Strategist Keith Fitz-Gerald has been warning about this for months now.

As he told our Executive Editor, Bill Patalon last week, "I worry about social media. I see huge similarities between the "dot-bomb" era of 1999 and 2000 and the "hopium" that's today fueling impossibly high, totally unrealistic valuations for companies that can be replaced at the click of a mouse. Millions of investors are gambling – and they're going to pay a terrible price. After all, they always do when the rug gets yanked out from under them. Remember MySpace? Ping? TheHub? Yahoo Buzz? Friendster?"