Conspiracy theorists are labeled as such for their "against the norm" opinions. They're the ones verbalizing questions and concerns most people wouldn't dare ask. One of the most common of those inquiries is "What is the government hiding from us?" 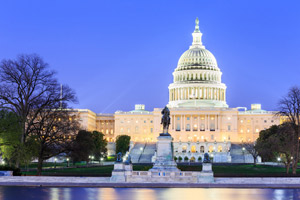 Since they know full well the government is not going to answer by listing every secret it's got, the theorists have to do their own investigating.

Many times, their research digs up the truth. Take Watergate, for example. The conspiracy theory in this case was espionage, specifically involving Republican officials and how they were spying on the Democratic National Headquarters from the Watergate Hotel in 1972.

It wasn't until 1974 that White House tape recordings linking President Richard Nixon to Watergate surfaced, and suddenly the theories weren't just theories anymore. They were truths.

So what kind of believable government conspiracies are out there today? Here are four of the most investigated rumored cover-ups ...

What Is the Government Hiding from Us? Four Big Secrets to Explore...

What the Government Is Hiding About the Federal Reserve: One of the biggest - and oldest - theories is about who (or what) secretly operates the Fed. It's suspected that members of the New World Order use it to control nations' wealth via centralized banking.

Theorists suggest the Federal Reserve's primary purpose is to transfer wealth from the poor and middle-class into the bank accounts of the world's wealthiest individuals, who are supposed members of this New World Order - a clandestine organization made up of the world's power elite. The organization's primary agenda is to establish a global authoritarian rule over time.

This theory has a three-part belief to it:

You see, according to theorists, the Fed not a part of the U.S. government. Each of the 12 Federal Reserve Banks is organized into a corporation whose shares are sold to the commercial banks operating within its district. As far as who, precisely, runs and operates the Fed, that is unknown.

According to author Eustace Mullins, "the top eight stockholders of the New York Fed were, in order from largest to smallest as of 1983, Citibank, Chase Manhattan, Morgan Guaranty Trust, Chemical Bank, Manufacturers Hanover Trust, Bankers Trust Company, National Bank of North America, and the Bank of New York." Mullins believes that these banks control what happens with the Fed and that they ultimate answer to a dominant foreign entity.

What the Government Is Hiding About Surveillance: In June 2013, Edward Snowden infamously leaked confidential government documents that revealed the U.S. government was indeed tapping into the private emails and phone conversations of its citizens. 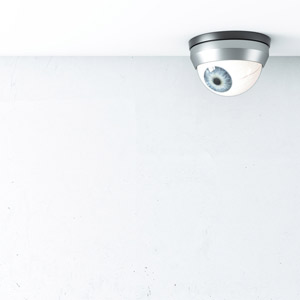 "The National Security Agency has a secret backdoor into its vast databases under a legal authority enabling it to search for U.S. citizens' email and phone calls without a warrant. This is a new set of secrets about surveillance of people in the U.S.," claimed Snowden and Guardian cohort Glenn Greenwald.

They went on to reveal in extensive detail how the NSA operates a massive surveillance program called XKeyscore. This Big Data program allows the government to enter a person's name into the program, then sift through tons of data to produce everything there is on the Internet by or about him or her, including websites visited.

What the government has been hiding from you in regard to this comp, uter program is that it has been in use since the Patriot Act was passed in 2002.

Before Snowden leaked the confidential information, Senator Ron Wyden (D-OR) spoke out in 2011 against the surveillance laws. He lobbied to require court orders before the government could gather communications of American citizens. He also worked to amend the law so that the government had to disclose how many Americans have had their communications gathered.

But in 2012, he lost in a secret hearing of the Senate Select Committee on Intelligence and was, according to a C-Span article published on July 23, 2013, thereafter banned from speaking publicly on the matter.

What the Government Is Hiding About Campaign Spending: Since 2010, "Super PAC" has become a common term thrown about during presidential elections. The U.S. Supreme Court said in its Citizens United decision that outside groups can raise unlimited funds as long as they don't coordinate with campaigners directly.

But theorists say members of the government are hiding something: They use anonymous Twitter accounts to bypass this law and correspond with their donors.

These anonymous Twitter accounts are used to secretly relay their wants and needs to members of their donating Super PAC. Members of both the Democrat and Republican parties have also been accused of posting information on their campaign websites on how they would like outside groups to direct their spending.

Another way politicians communicate with their Super PAC donors is through generic YouTube videos. These videos - called B-rolls - are plain videos of candidates doing what candidates do best pre-election - they shake hands, hold town hall meetings, and hug children.

These B-rolls are often strategically linked at the bottom of a candidate's webpage in hopes that a Super Pac-sponsored advertisement will feature footage from it. For example, in early 2014, Senator Mitch McConnell (D-KY) was publicly mocked for constructing a particularly bad B-roll and linking it to his website.

What the Government Is Hiding About 9/11: 9/11 has long been the focus of many controversial governmental conspiracy theories. It's nearly impossible to sift through and identify the fact from the fiction. 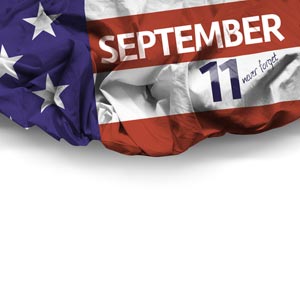 But one source - former Florida Governor and U.S. Senator Bob Graham, who co-chaired the 9/11 investigation in Congress - claims we still don't know the full story behind the September 11th attacks because our own government is covering it up.

"They essentially are the creator of ISIS and the primary source of its financial support today," Graham told Tampa Bay's MyFox channel. "Saudi Arabia feels they can do almost anything and nothing is going to happen (to them) because they're being protected, covered up by the U.S. government."

Graham's specific job on the 9/11 Committee was to draft up the classified documents that allegedly reveal Al Qaeda had help launching the September 11th attacks. He told the news channel that there is evidence the United States supported the terror network and could possibly be supporting ISIS today.

The document Graham drafted wound up being 28 pages of classified information. According to Tampa Bay's MyFox, both Presidents Bush and Obama have refused to release the contents of this draft.

Because he is under an imposed gag order, Graham cannot reveal specific contents. But he adamantly asserts the U.S. government kept its alliance with Saudi Arabia and Al Qaeda a secret - likely to protect their oil interests.

We'd like to hear from our readers. What's do you think of these theories? Is the American government more friend or more foe?

What isn't the Federal Government hiding from the people ?

The photographic evidence is clear. Bldg 7 was taken down with controlled demolition.

is it true there is no gold in Fort Knox?

The problem is that humans are injected with microchip implants since birth… Allowing The illuminati to easily use mind control on people to make them look mentally ill then drugging them with medications so potent that it causes even worse mental illness because the psychotrophic drugs are more potent than LSD or Cocaine which is a form of speed… The government then makes trillions of dollars annually by medicating the world with meds. The problem is that there is no scientific evidence to support there is a biochemical imbalance in the brain

It's fact : the Federal Reserve isn't a government agency, although it's quasi governmental. Go to your local library and look up the Federal Reserve Act in the US Code . They don't make an issue of it , but the Fed doesn't answer to anyone , and contrary to the U.S. Constitution, they control our money…