The explosion of YieldCo stocks in the solar power industry continues today (Friday) with the 8Point3 IPO (Nasdaq: CAFD).

With a price set at $21 a share, the offering of 20 million shares is expected to raise about $420 million. 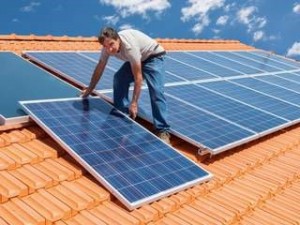 The odd name is a reference to the time it takes for the Sun's energy to reach the Earth - 8.3 minutes. Likewise, the CAFD ticker symbol is sort of an inside joke. It's an abbreviation for "cash available for distribution," a metric that helps determine the size of the YieldCo dividend.

In fact, cash available for distribution is what drove First Solar and SunPower to team up on this YieldCo.

Neither had enough CAFD to set up a YieldCo on its own. By working together to launch the 8Point3 IPO, both companies can now reap the advantages of a YieldCo. And because 8Point3 will operate as an independent entity, it's safe way for the two competitors to work together.

YieldCos have become a popular way for solar companies to reduce taxes on income from finished projects. In the past two years, more than half a dozen YieldCo stocks have gone public.

But YieldCo stocks aren't just good for the parent companies. They offer advantages for investors as well.

A YieldCo is similar to those vehicles in that it is structured to let profits pass through to investors. The difference to MLPS and REITs is that a YieldCo is taxed as a corporation and uses depreciation and expenses to reduce taxes.

But one trait a YieldCo shares with its sister investments is a high-yield dividend...

A YieldCo dividend is about 6% on average. That's why YieldCo stocks have attracted the attention of income investors.

The parent companies, because they own a portion of the YieldCo stock, also enjoy the dividend income. In the case of 8Point3, First Solar will own 31.1% of the CAFD stock, while SunPower will own 40.7%.

The 8Point3 dividend will start at an annualized yield of 4.2%.

That's not bad, but YieldCo stocks are known for above-average dividend growth. As new projects are completed, parent companies feed them into their YieldCo. That increases overall revenue and provides more cash for distribution - and higher dividend payouts. And 8Point3 has two parent companies.

Does that mean investors should jump on this IPO? Well, not so fast. There's more to consider.

Small correction – it takes 8.3 minutes, not seconds, for the sun's light to reach the earth.

Corrected in the copy. Thanks for pointing it out.