The Netflix stock price hit an all-time high of $129.29 in early trading Wednesday morning. The jump pushed year-to-date gains to a whopping 160% for NFLX.

The Netflix stock price got a boost Wednesday after announcing an update to its parental leave policy. Unlimited leave to both mothers and fathers, with full pay within the first year after their child's birth or adoption, is now a Netflix workplace perk.

In a statement released late Tuesday, NFLX said employees can take as much time within the first year as they choose, earning their normal pay during leave. The company already offers an unlimited time off policy.

While the Netflix stock price has soared in 2015, it is highly overvalued right now. 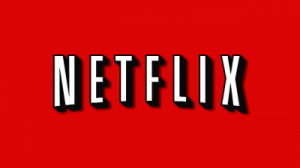 Another good barometer for a stock's value is its price/earnings to growth (PEG) ratio. A PEG ratio of 1.0 is considered fair value for a company. Right now, Netflix has a PEG ratio of 24.2, according to Yahoo! Finance.

"They've done a great job of growing that subscriber base, but I don't see it at these elevated levels," Barton said on FOX Business in May. "Let's wait for them to have a little pullback before putting new money in Netflix."