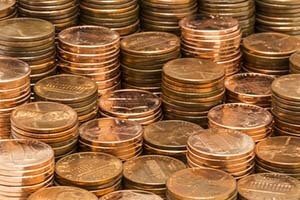 While the broad U.S. markets fell into correction territory at the end of August, the five stocks on our "penny stocks to watch" list all surged.

The Dow and S&P 500 sank 2.5% over the first four days of September amid worries over a slowdown in China. However, these penny stocks to watch shrugged off those concerns and traded significantly higher.

At Money Morning, we focus on penny stocks (defined as stocks trading under $5) listed on major exchanges that have real products or services. They aren't penny stock scams and they don't trade for fractions of pennies. However, they still provide the potential for triple-digit gains in a short period of time.

Here's a look at the top five penny stocks to watch now...

Penny Stocks to Watch No. 1: Torchlight Energy Resources Inc. (Nasdaq: TRCH) finished Tuesday with a 17.8% gain and rose another 0.53% Wednesday morning to $2.06. Based in Plano, Texas, Torchlight is engaged in the acquisition, exploration, and development of oil and natural gas properties in the United States. The company announced Wednesday it has entered into a letter of intent for a farm-in agreement on one of its Texas properties. Under the farm-in, Torchlight's new partner will be required to spend $50 million over the next couple of years to earn a 50% working interest in the project. At $2.06, shares are up 131.3% year to date.

Penny Stocks to Watch No. 2: Capnia Inc. (Nasdaq: CAPN) shares rose 31.7% Tuesday morning after the medical diagnostics company purchased nearly all assets from privately held NeoForce Group. Through the deal, Capnia will make a $1 million upfront payment. Thereafter, Capnia will pay NeoForce a low-digit royalty on sales of NeoForce products for a three-year period. According to company officials, the acquisition will strengthen CAPN's position in the neonatology field. Capnia is based in Redwood, Calif., and was founded in 1999. At $2.40, shares are up 69.6% in 2015.

Penny Stocks to Watch No. 3: Cergaon Networks Ltd. (Nasdaq: CRNT) is an Israel-based company providing wireless backhaul solutions. Those enable cellular operators and other wireless service providers to deliver voice and data services worldwide. Shares rose some 15% Wednesday morning to $1.57 on news that three large North American mobile operators, all existing Ceragon customers, are deploying its IP-20 platform for their separate 4G network expansion and modernization projects. Shares are up 54% year to date.

Penny Stocks to Watch No. 5: Navidea Biopharmaceuticals Inc. (NYSEMKT: NAVB) is an Ohio-based precision medicine company focused on the development and commercialization of precision diagnostics, therapeutics, and radiopharmaceutical agents. Its products are used as an aid in the diagnosis of patients with signs or symptoms of Alzheimer's disease and mild cognitive impairment. On Sept. 3, the company announced it received an initial notice of a Fast Track Small Business Innovation Research (SBIR) grant for up to $1.8 million. At $2.24, shares are up 18.52% year to date.

I like some of these choices, but penny stocks are so difficult to predict. My rule is I have to understand fully what the company does if I invest in a penny stock. My personal favorite is ESDI Eastside Distilling, a speciality distilling company in Portland Oregon, that has a few brands they are about to launch nationally.