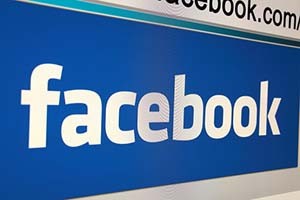 The Facebook stock price climbed last week after WhatsApp announced it has amassed a whopping 900 million monthly active users (MAUs). That's a gain of 100 million MAUs since April. It also makes WhatsApp the most popular messaging app in the world, according to OnDevice Research.

When Facebook bought WhatsApp on Feb. 19, 2014, CEO Mark Zuckerberg pointed out WhatsApp's soaring growth. At the time, WhatsApp had roughly 450 million users and was adding an additional million users every day.

"No one in the history of the world has done anything like that," Zuckerberg said at the time.

Zuckerberg called WhatsApp "an extremely high-quality product with incredibly strong engagement and rapid growth." The CEO added, "It doesn't get as much attention in the U.S. as it deserves because it started out growing in Europe, India, and Latin America. It's the only widely used app we've ever seen that has a higher rate of engagement than Facebook itself."

The deal boosted Facebook's footprint in China. Facebook is blocked in the world's largest Internet market. However, WhatsApp and Instagram, Facebook's widely popular photo sharing app, are allowed to operate in China.

The WhatsApp purchase also positioned Facebook for even stronger growth on mobile phones. That's huge for advertisers, because they get the bulk of their revenue from mobile.

Zuckerberg said on the company's last quarterly earnings call that there would be "many clear ways" to monetize WhatsApp when it reaches 1 billion users. Earlier this year, CFO David Wehner said WhatsApp may introduce new paid features that would let businesses message consumers.

Digital marketing and media company eMarketer has increased its forecast for Facebook's U.S. advertising revenue since February. They cite strong Q2 2015 revenue and user engagement performance as key reasons for the boost. The research firm also sees Facebook's U.S. digital ad revenues rising to $12.14 billion by 2017, helped by its newer businesses like WhatsApp.

Facebook's push into the mobile field is paying off for investors, and this recent surge in the Facebook stock price is just the start…