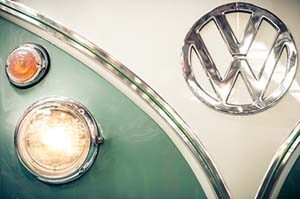 The German automaker's diesel cars, according to regulators, are spewing nitrogen oxide at up to 40 times the acceptable level. Nitrogen oxide can aggravate respiratory conditions such as asthma, bronchitis, and lung disorders.

Volkswagen was the world's largest vehicle manufacturer through the first six months of 2015. Part of that success was tied to the perceived fact that its clean-diesel engines produce low emissions.

"I personally am deeply sorry that we have broken the trust of our customers and the public," Volkswagen CEO Martin Winterkorn said in a statement Sunday. "We will cooperate fully with the responsible agencies, with transparency and urgency, to clearly, openly, and completely establish all of the facts of this case."

Winterkorn ordered an external investigation and vowed to regain the public's trust again.

But that won't be easy. The German automaker is looking at long and bumpy road. And Winterkorn's fate is uncertain.

In the meantime, the Volkswagen stock price is getting crushed...