After today's (Thursday) close, Under Armour Inc. (NYSE: UA) will issue a new class of stock that will be distributed to investors via a 2-for-1 split. 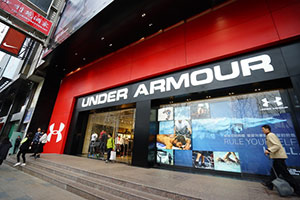 Some key details of the Under Armour stock split include:

Should I Buy UA After the Under Armour Stock Split Date?

Plank is a Maryland native and former special teams captain for the University of Maryland football team. He launched Under Armour in 1996 in his grandmother's basement. He started the company with a prototype for a sweat-wicking compression shirt. His aim was to create workout and performance wear that was superior to cotton T-shirts.

The Baltimore-based company is also aggressively tapping into the lucrative athleisure wear space. The company recently hired new executives to lead its women's apparel and footwear division. In January, Plank forecast its women's business will eventually outsell its men's business.

Under Armour stock has been a star performer since its November 2005 IPO, when the company priced shares at $13. At a recent price of $85.75, Under Armour Class A shares are up 200% and 370% over the last three and five years, respectively.

Tuesday, FBR Capital raised its Under Armour pre-split price target to $118 from $115. The firm said Under Armour's domestic footwear and international growth will increase the company's visibility and drive growth.

"I think [Under Armour stock] is going up," Barton said on his regular appearance on FOX Business. "I think they're going to get a great hit as the NBA season winds down. Steph Curry, the company's bell cow, is really doing amazing things."

ok, so how about for those of us who bought a boatload of shares AFTER March 28th but before the stock split date?

According to your article, all of my new shares just dropped in price by half, because the split only applies to shareholders as of March 28th. This cannot be correct (I hope)

The price drops in half, yes. But the number of shares you own will double. So the value of your investment is unaffected by the split.

Hope this clears things up!