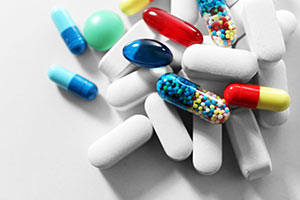 The Valeant stock price is up another 2% today (Thursday) after jumping 13% on Wednesday. The rally comes after Walgreens Boots Alliance Inc. (Nasdaq: WBA) announced that it has been pleased with its relationship with Valeant.

On a conference call Wednesday following Q2 earnings, Walgreens COO Alexander Gourlay said six months into the deal the company is happy with its Valeant arrangement.

Gourlay went on to say Walgreens has confidence in Valeant's new CEO, Joseph Papa. Papa is an industry veteran who replaced the controversial J. Michael Pearson in early May. The move was part of Valeant's attempt to rebuild frayed investor confidence.

"We know Joe well in the past from Perrigo, where the group had a very good relationship with Joe and Perrigo, and we're in constant dialog with Joe and the management team," Gourlay said. "We do see their situation, and we're very willing to help them in a positive way."

Gourlay added that Walgreens expects the relationship to last for a long time. The contract was initially set for 20 years.

And even though this may look like a turning point, we're still not buying into Valeant stock today. Here's why…

Why We Remain Bearish on the Valeant Stock Price

The report did not reveal any more issues with Valeant's accounting practices. It also allowed Valeant to avoid a debt default. Valeant's corrected 2015 financial report states that it had a net loss of $291.7 million, versus net income of $880.7 million in 2014. Revenue totaled $10.45 billion, up 27% from a restated $8.21 billion in 2014.

Some of the biggest concerns include:

Activist investor Bill Ackman of Pershing Square Capital Management, one of Valeant's largest shareholders, has a heavy hand in attempting a turnaround at the besieged company. He's helped overhaul the board and shift the company's direction.

Count us among those who doubt a new CEO and new board as being enough to turn around the company. We're also not convinced Valeant can create and execute a business model that will make it a legitimate and profitable player in the pharmaceutical space.

We've been bearish on the Valeant stock price for nearly a year, and we repeatedly warned investors of the company's unethical practices.

"Valeant Pharmaceuticals is getting what it deserves," Money Morning Global Credit Strategist Michael Lewitt said on Oct. 22, 2015, when VRX stock was trading near $110 per share. "Its predatory way of doing business has made management and several hedge funds rich but severely damaged everyone else with whom the firm has come into contact with."

Lewitt maintains there is no real value to Valeant and that it will eventually go bankrupt.

Even with the two-day rally, the Valeant stock price remains down 76.59% year to date.

Brexit Triggers Rush to "Insure" Life Savings: Billionaires are sinking millions into "crash insurance" in an effort to protect themselves against another 2008-style meltdown. If you haven't shielded your holdings, you better act now before all hell breaks loose. Read more…