(Kitco News) – World stock markets were mixed overnight, and tentative ahead of a change in the U.S. presidency Friday. U.S. stock indexes are pointed toward firmer openings when the New York day session begins.

Donald Trump will be inaugurated as the next U.S. president in just a few hours. Traders and investors are wondering what his first 100 days in office will bring. Trump's non-traditional style and stated ambitious economic growth plans that have so far lacked specifics, are worrisome to many market watchers. Trump has also made remarks that have roiled top Chinese government officials. 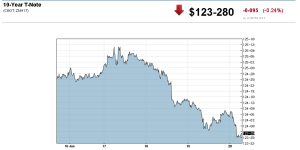 A feature in the marketplace late this week is rising bond yields. U.S., German and Japanese bond yields are on the upswing again after Fed Chair Janet Yellen sounded a hawkish tone on U.S. monetary policy in speeches she gave on Wednesday and Thursday.

In overnight news, China's gross domestic product was reported at up 6.8% in the last quarter of 2016, year-on-year. The overall China economic growth rate in 2016, at 6.7%, is the slowest pace in many years. The numbers were in line with market expectations and had little impact on markets.

The U.S. dollar index has rallied late this week to erase early-week losses.

Fed Chair Yellen's hawkish comments this week, in which she said the Fed is likely to raise U.S. interest rates a few times in the next couple years, to ward off inflationary price pressures, have helped to boost the dollar index and put some downside pressure on gold.

The other key "outside market" on Friday sees Nymex crude oil prices trading higher. The International Energy Agency reported Thursday that OPEC appears to be cutting back its collective production, as it said it would do. There remain stiff technical chart resistance layers that lie just above the crude oil market.

There is no major U.S. economic data due for release Friday. 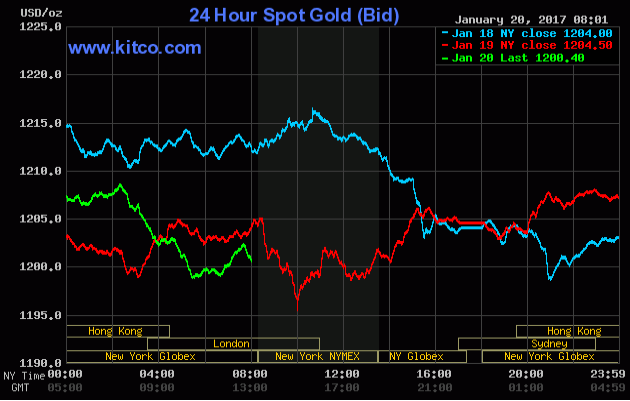