In other overnight news, the British pound rallied after some stronger-than-expected U.K. inflation data. Consumer prices rose 2.3% in February, year-on-year, which was higher than the marketplace expected and at a three-year high. This report continues a theme of rising inflation in the world's major economies. If this trend continues it would be bearish for world bond markets and bullish for most raw commodity markets, including the precious metals.

The key outside markets on Tuesday morning see the U.S. dollar index trading solidly lower and hit another six-week low overnight. The greenback bears have technical momentum on their side to suggest more selling pressure this week. Meantime, Nymex crude oil prices are firmer today, despite the bearish specter of growing world oil supplies. The crude oil bears still have the firm near-term technical advantage following the recent steep downdraft in prices. Also, a bearish pennant or flag pattern has formed on the daily bar chart. 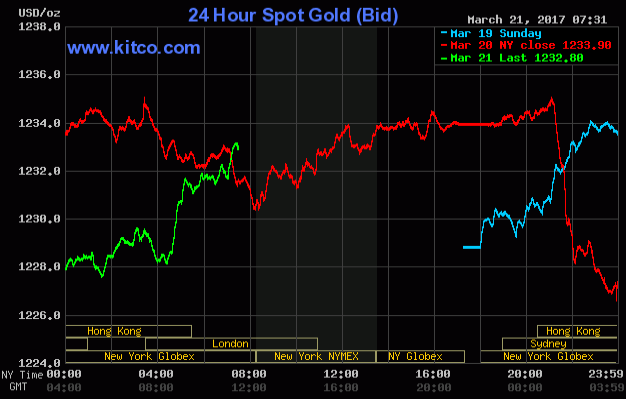