"White gold" fuel has been making waves in the energy sector since it was discovered.

The white crystals found in the Andes Mountains could be up to 1,693 times more powerful than gasoline, making it the "Holy Grail" of energy. 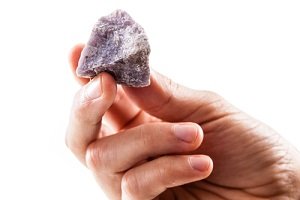 The rapidly increasing demand is pushing "white gold" fuel prices higher. In fact, prices for the crystals have doubled twice in the last 14 months.

That kind of demand and price increase can mint fortunes for those who get into "white gold" fuel early. And that is exactly what this one little miner has done.

This huge supply is controlled by this tiny company worth about $92 million, setting it up for a meteoric rise in the coming months.

Even better, the miner's claims are located close to highways and existing railroads. No infrastructure will have to be built in order to get all of that "white gold" fuel to market, increasing profits.

Control over a large supply, increasing demand and price, and little upfront costs to mine sets the stage for this to be bigger than the fracking boom in recent years.

And there is a short presentation that was put together by Money Morning Global Energy Strategist Dr. Kent Moors that can show you how to profit from "white gold" fuel.

Click here to find out how you can get in on the ground level of "white gold."

Millennium Cell…. ring a bell? Hydrogen stable cells via Borax …. Dow Chemicals even "sponsored them" for a bit… ran out of money and ideas somewhere about 2008?

yep… that sounds about right for consumption of Borax…. But Rio Tinto is not making money, nor is The Chemical Company (TCC) etc etc etc

I think Jia Ma, Nurul A. Choudhury, Yogeshwar Sahai did the best paper on A comprehensive review of direct borohydride fuel cells…. although Hydrogen Storage via Sodium Borohydride was more readable (by Ying Wu Presented at Stanford University April 14-15, 2003…. heard he flips burgers at McDonalds now