The American Health Care Act (AHCA) passed through the House of Representatives last week (May 4) - bringing Republicans one step closer to fulfilling one of President Trump's key campaign promises.

While the new bill still has to hurdle its way through the Senate, there is one provision that Americans should keep a close eye on, because it will have significant effects on America's senior population.... 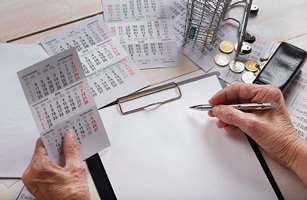 Under former President Barack Obama's Affordable Care Act, health insurance companies are permitted to charge older Americans (aged 50 through 64) no more than three times what they would charge younger enrollees.

And that's just the default guideline.

The AHCA also allows states to seek a waiver to permit insurers to charge older customers even more if they see fit, according to a May 4 report by CBS News.

The provision was introduced by Rep. Larry Bucshon (R-IN). Bucshon argued that since healthcare costs for seniors are on average 4.8 times more expensive, premiums must be adjusted accordingly.

How Will the "Age Tax" Affect Seniors?

Two large classes of Americans won't be affected by the "age tax."

First, seniors who stick with their jobs (and employer-provided health insurance) until they reach age 65 and are eligible for Medicare won't be impacted.

Second, Americans age 50 or lower will be relatively unaffected by this new "age tax," while senior citizens shopping for private insurance will pay the price.

The Truth About the Social Security Trust Fund

The class that will get hit are adults age 60 or older buying individual health coverage. According to a recent study by AARP, if the legislation passes in its current form, annual insurance premiums for those Americans would rise over $3,200 to $17,900. And since the median income for seniors who buy health coverage is about $20,000, this increase would be "extremely burdensome."

In fact, one section of the proposed AHCA changes the current need-based system of premium tax credits to a flat credit, which would further increase low-income seniors' financial burden. You see, flat tax is a system that applies the same tax rate to every taxpayer regardless of income bracket.

However, it is important to note that after the age of 64, seniors are eligible to register for Medicare.

Are you KIDDING ME! how do they think seniors who have the least amount of income can afford this. It pisses me off that because so many older people haven't taken care of themselves through the years and are now a burden on the healthcare system that us older people who are healthy have to take over the burden. I wasn't happy with Obamacare but this might be worse. I hope we will not be mandated to buy insurance like Obamacare makes us. At least then we could just get catastrophic insurance which should be less. What a nightmare.