In overnight news, China's April imports were reported up 11.9%, year-on-year, while exports were up 8.0%. Both of those numbers, while hefty, did not meet market expectations and continue a pattern of a slowing pace of economic growth for the world's second-largest economy.

A feature in the marketplace last week was the steep drop in crude oil prices. Nymex crude oil futures prices Friday hit a low of $43.76 a barrel, which is a 12.5-month low. Friday's high-range close does hint the oil bears are exhausted.  Oil prices early Monday are trading near steady at just above $46.00. 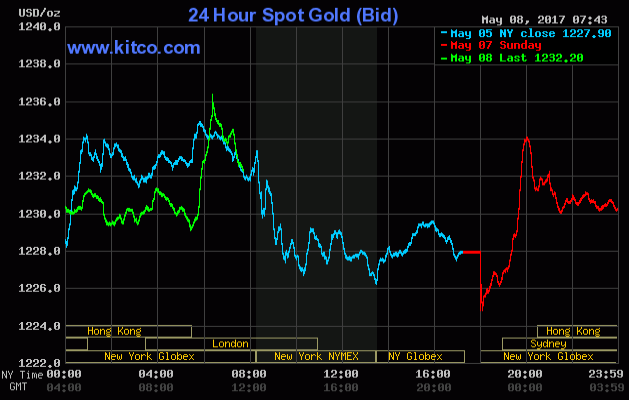 4574 Reads
The Two Best Penny Stocks to Buy This Week Offer 150% Upside
Here are two of the best penny stocks to buy right now, and the strategies I used to find them. This could be up to 154% potential gain for today's investor...