Gold prices are firmer in pre-U.S. day session trading. Trading in the safe-haven metal has been choppy recently, amid a lack of new bullish fundamentals in that market.

In overnight news, reports said OPEC oil cartel officials and the Russians have just agreed to extend their current crude oil production cuts by another nine months, but not make deeper cuts in production. The move was expected.

Market watchers are still digesting the Federal Reserve's FOMC minutes from the early-May meeting, which were released Wednesday afternoon. The minutes were deemed just a bit dovish on U.S. monetary policy and suggested to some that the Fed may not make a move to raise interest rates at the June FOMC meeting. Still, most expect more slight interest rate increases from the Fed this year. The Fed made its last interest rate increase in March. The FOMC minutes were mildly bullish for world equity markets, mainly because there were no hawkish surprises. 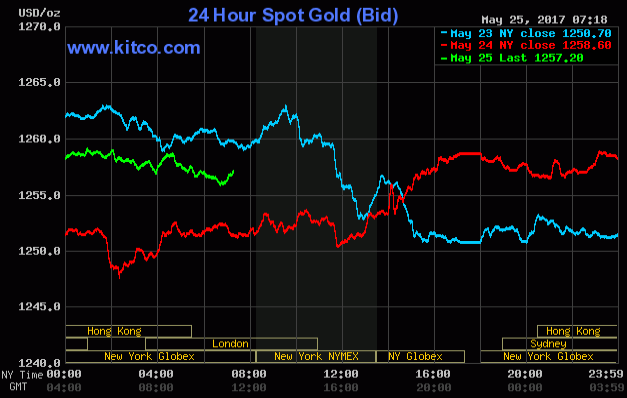