Gold prices are slightly lower on mild profit taking from recent good gains. The gold bulls still have the overall near-term technical advantage as prices are in an uptrend on the daily chart.

The Euro zone manufacturing purchasing managers' index (PMI) came in at 56.6 in July versus 57.4 in June. A reading of 56.8 was expected for July. A number above 50.0 suggests expansion in the sector.

The key report of the week will be Friday's U.S. jobs report for July from the Labor Department. The non-farm payrolls number of that report is expected to be up 180,000. 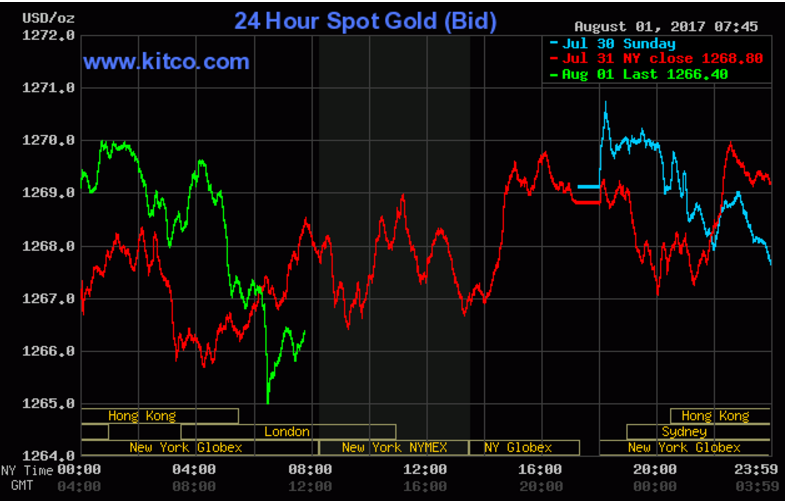