By the time this hits your inbox, the quasi-mythical Disney-Fox deal, which is to say Walt Disney Co.'s (NYSE: DIS) purchase of 21st Century Fox Inc. (Nasdaq: FOXA), may have already been announced.

As I write this, the deal looks to be a foregone conclusion. Disney is set to pony up something on the order of $52 billion for Fox's assets (and, as part of the deal, debts).

What a deal.... It comes "fully loaded" with Fox's film and television production operations, the FX network, National Geographic (NatGeo) channel, regional sports networks, and even big stakes in SKY News and Hulu. 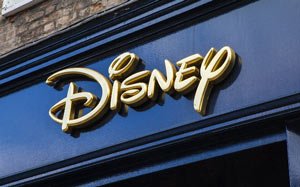 For consumers, at least, this deal is rich. I welcomed a baby granddaughter just last week. She could live to the ripe old age of 120, and I'm pretty sure she won't see the end of Disney's "Star Wars" franchise.

Likewise, how long can it be before theme parks start packing 'em in to "Planet of the Apes"- and "X-Men"-based attractions to rake in even more revenue from those franchises?

But... this is not without significant downside risk for "The Mouse" and those who own the shares.

Decision time is fast approaching; I'll show you the right way to play this...

Talking Heads Are Focusing on the Wrong Part of the Deal

Will stand by my stocks! Patiently!