The ADT Inc. (NYSE: ADT) initial public offering (IPO) priced on Jan. 18, and the reception was lukewarm at best.

The ADT IPO offering was priced at $14 a share - below the expected range of $17 to $19. This values the equity of the company at about $10.6 billion. That's a nice premium from the slightly less than $7 billion that private equity giant Apollo Global and its partners paid for the company in what became the biggest leveraged buyout (LBO) of 2016. 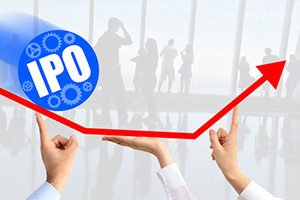 However, when we dig deeper, Apollo's two-year return is a lot higher than it first appears.

And it's Apollo's larger-than-expected return that reinforces my stance that ADT shares are not worth my time...

There's More to ADT's LBO Than Meets the Eye

Just to quickly review, an LBO is when a company acquires another company using a high amount of debt or borrowed money. Using debt lets companies go on buying sprees without having to spend a lot of their own cash.

When Apollo snagged ADT two years ago, it only put up $4.5 billion for its stake in North America's leading home security company. The rest was borrowed or financed by a preferred stock placement.

So in less than two years, Apollo has almost tripled the value of its investment in this deal!

Why did it make so much money so fast? To channel my inner Meghan Trainor, "it's all about that price."

Leon Black, the CEO of Apollo, talked about the ADT deal on his earnings call a few weeks after the deal closed in 2016. He told analysts, "it's something where we trade complexity and aggregation for a rate of return for purchase price."

He added later in the call, "I don't want to simplify, but when you're buying at six and the market is trading at 11, you make a decent amount of money on the buy, you just do. And then, when the companies perform, it starts to impact the valuation."

Buy low, sell high. It's something that everyone slavishly repeats when talking about buying stocks, but very few actually do it. But clearly it is the chief driver of return for private equity investors like Apollo.

On his most recent conference call, Mr. Black pointed out that their Fund VII, raised in 2008, was averaging an internal rate of return of 19% annually. He attributed that return to the purchase price of the companies in the fund, saying "the average creation multiple of Fund VII portfolio companies is nearly five multiple points below industry averages of approximately 10.5% enterprise value to EBITDA... there is a meaningful upside potential as these portfolio companies execute their business plan and are increasingly valued more in line with relevant market metrics."

I'd rather replicate that strategy instead of chasing lukewarm shares of a security giant...

Why I Won't Be Jumping into ADT Right Now