Although Wall Street and the mass media are obsessed with the technology sector, the biggest profits are in the biotechnology industry. 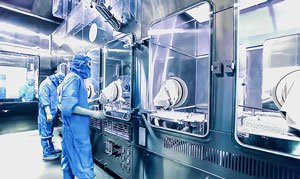 All three have upcoming February clinical trial results that could send their share prices soaring 300%-plus. One even has profit potential of more than 500%.

If a biotech stock's clinical trial results are positive, or receives a nod of approval from the FDA, then the stock can soar. For example, last year Dynavax Technologies Corp. (Nasdaq: DVAX) shares more than quadrupled between May 31 and Oct. 5, when it climbed 337.6%, from $5.50 to $24.07.

This jump came in July 2017 after the company reported that an FDA advisory committee voted in favor of the company's lead product candidate, Heplisav-B - an experimental hepatitis B vaccine.

Now, the first biotech penny stock has its sights set on treating a large demographic of men over the age of 40 ...

California-based Apricus Biosciences Inc. (Nasdaq: APRI) develops treatments in the areas of urology and rheumatology. Its lead product, Vitaros, is a topically applied cream for the treatment of erectile dysfunction (ED).

ED affects 52% of men and 40% of men above the age of 40, according to the Massachusetts Male Aging Study.

Although APRI shares don't currently have 500%-plus potential price target, the fact that ED eventually affects the majority of males in the United States means that this drug will be in high demand if approved.

The company submitted its New Drug Application (NDA) to the FDA back in August, with a PDUFA date of Feb. 17.

A PDUFA date is the FDA's deadline to approve or reject an NDA, typically six months after the NDA.

Up next is a stock whose lead drug candidate is already approved in Europe and another stock with 500%-plus potential ...

I would like to sign up for money morning newsletter I'm very interested in Biotech, and can't wait to get started.I do not have much trade or stock experience, but I'm watching beginners webinars. Regards Benedikte Moore