Investing in new, groundbreaking technology before it really takes off is every investor's dream.

Just look at the investors who jumped into Microsoft Corp. (Nasdaq: MSFT) back in 1994, before the breakthrough Windows 95 was released.

Maybe you thought personal computing was a niche market that would never take off. Or maybe you thought Microsoft would get lost in the shuffle once bigger players jumped in the market. 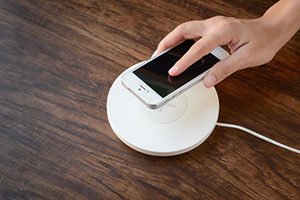 Maybe you weren't convinced electric cars could ever compete with the power and convenience of combustion engines. Maybe Ford Motor Co. (NYSE: F) would steamroll the upstarts if it ever worked.

Don't sweat it if you didn't pull the trigger on one of these trades.

Every investor has a story about the trade that could've made them rich. It's part of the game.

But what if there's another opportunity to invest in a radical new technology – one that is just at the cusp of its potential – and you can still get in early? Would you miss out again?

It turns out there is…

A small, little-known company is sitting at the heart of the wireless power industry. And while most people know wireless power from the groundbreaking new wireless phone chargers, the industry has a massive, $800 billion potential.

In short, this industry has far more potential than just phone chargers.

this is amazing technology