The White House should be nervous.

In an effort to force the Trump administration to the negotiating table, the European Union is ramping up efforts to become more financially independent of the United States. 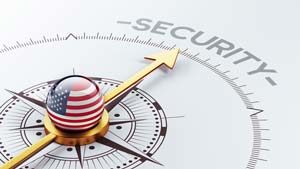 While this may seem like a low-stake gamble by the European Union, the proposal has far-reaching consequences for the White House's economic policy and even the nation's national security…

Europe Can Tighten the Purse Strings on America's Financial Sector

Earlier this month, the United States reimposed sanctions on Iran. The sanctions target any company that maintains commercial interests with the Islamic nation while doing business in U.S. dollars.

Coupled with the imposition of tariffs on European exports to the United States, these aggressive financial maneuvers by the White House have angered European financial officials and the continent's leading companies.

You see, many of Europe's largest companies are based in nations that have not withdrawn from the Iran deal. They reason sanctions are not only bad for their bottom lines, but for the state of the European economy as a whole.

According to Germany's Heiko Maas, the only choice for the European Union is to "strengthen European autonomy by establishing payment channels independent of the U.S. and creating a European monetary fund."

Specifically, Maas calls for the European trade block to develop an alternative for SWIFT – the Belgium-based international interbank payment network used by over 11,000 financial institutions to send secure payments.

Currently, the United States exerts a tremendous amount of influence over SWIFT, using it to pressure foreign nations and companies into cooperating with American international policy.

That's because many of the transactions managed by the SWIFT system are carried out in the United States, and the U.S. dollar dominates the system.

Developing an alternative system that frees international firms from American influence would allow Europe to gain tremendous control over its international economic policy.

A New SWIFT Would Lock Out American Money and Influence

SWIFT's reliance on the dollar not only allows the U.S. government to monitor SWIFT transactions, it gives the American banking institutions that process the transactions a leg up over their foreign competitors.

American banks must process hundreds of thousands of transactions requested by SWIFT every day, making a killing from transaction fees and deposits in the process.

However, it is highly unlikely that a new financial payment system controlled by the European Union would rely on the U.S. dollar when processing and sending transactions.

As a result, the U.S. government and the nation's financial institutions would be largely cut out of a vital global financial network.

Not only would this burn American banking institutions, it would pose a significant threat to national security.

Currently, the United States uses its control over the SWIFT network as a central part of the Terrorist Finance Tracking Program, a government initiative to monitor the money trail of potential terrorist threats.

Being cut out of a new financial transaction system could have devastating consequences for the security of the nation – consequences the Trump White House is unlikely to be able to bear.

As a result, if Europe ramps up its efforts to become more financially independent of the United States, the administration is likely to take its foot off the tariff gas pedal and come to the negotiating table.

At the moment, it is too early to tell whether Minister Maas's proposals will gain enough momentum. However, according to Maas, European committees "have already started working on it."

And it could rewrite international economic policy in the process.

Millions of investors will lose everything as the average stock traded on Wall Street is poised to plunge by at least half.

But now, you could grow $1.5 million wealthier this year – even as the trouble plays out.

About time for everybody to see what imbecile Trumpolini is, and how he is destroying America, while pretending MAGA!

Good to see someone else sees the similarities between Trump and Mussolini. Except Trump seems to be going from a democratic republic to a dictatorship even quicker. It took Benito 3 years, but Trump is already largely ignoring the Constitution. His last few predecessors weren't quite as obvious about it, but did some doubtful things also.