Name any revolutionary technology - the Internet of Things, self-driving vehicles, smart homes, cloud computing, immunotherapy - and you can be certain today's tech stock pick has a hand in it. 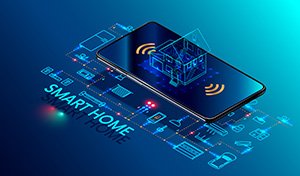 Its clients run the gamut from young tech start-ups to giant conglomerates like Alphabet Inc. (Nasdaq: GOOGL), Nike Inc. (NYSE: NKE), and everything in between.

In fact, this company has quietly established itself as the third-largest electronics manufacturing services firm in the world. Not bad, for a company most investors have never heard of.

A quick look at some of the industries it targets gives you an idea of the massive profit potential of this backdoor play...

This company has become a go-to supplier for all these technologies. It's a one-stop shop that can take virtually any electronics project from conception to distribution - or, as it says, from "sketch to scale."

That includes prototype creation, intellectual property protection, supply chain, and global distribution. Entrepreneurs and tech giants can rest assured this company is guiding the project every step of the way.

That's why it's been named one of the world's most admired companies by Fortune.

Plus, it has a top score from the Money Morning Stock VQScore™ system, which suggests that it's due for a rise.

And those are just several of the reasons this stock could jump 100% in short order...

From NASA to Nike, This Company Enables Innovators of All Kinds

Do you have to use options?

What is the name or the symbol of this stock???

Thank you for reading Money Morning! The name and ticker of the recommended stock can both be found in the text of the story.