In the ten years since the 2008 financial crisis, Wall Street has staged a historic recovery.

Market Indexes are at all-time highs - since hitting a low of 6,443 in March 2009, the Dow Jones Industrial Average has climbed nearly 20,000 points in the last decade.

Meanwhile, Silicon Valley juggernauts have vaulted the Nasdaq a staggering 478% from 2009 lows. 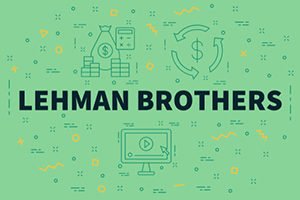 And over the same period, unemployment rates have been cut in half while consumer confidence has risen to its highest level in 18 years.

However, as the market's financial recovery moves through 2018, there are signs this historic comeback might be in trouble.

We always want our readers to be prepared for whatever the market throws at them, which is why we're looking for the catalyst setting the stage for the next financial crisis.

The three recession triggers we uncovered might worry the average investor, but we've got you covered with a way to protect your portfolio...

Stocks Prices Are Breaking the Bank - and Causing a Bubble

Wall Street's unquenchable thirst for stocks during the recovery has pushed thousands of shares to record-high market valuations.

This is ideal when a rise in a company's share price is backed by sustainable growth.

However, the rise of many companies' share prices has been so swift that they likely lack the solid financials necessary to justify their high share prices.

As a result, the market looks overbought - and setup for a significant pullback.

This is especially the case when we consider a central historical parallel.

Since 1872, the Shiller price/earning (P/E) ratio, a P/E ratio that takes into account the cyclical nature of the business cycle, has sustained an average of 15.67.

One month before the great stock market crash of 1929, the Shiller P/E was a staggering 32.56.

However, today's Shiller P/E ratio for the S&P 500 sits at 33.27 - indicating that shares are outpacing underlying assets to a greater extent than they ever did during the last two great financial panics.

As a result, the average stock has a higher market valuation now than it did on the eve of both the Great Recession and Great Depression.

With the bull market now the longest on record and stocks sitting at historically high valuations, a downturn could be on the horizon. And the stimulus to send stocks tumbling is right around the corner...

Emerging Market Contagion Could Be the Market's Death Knell

Our second potential trigger for the next recession could come from across the border.

In the last two months, emerging market currencies have hit recent lows, spiking domestic inflation and sparking concern that market instability could spill over into the developed world.

Over the last year, the Mexican peso, South African rand, and Indonesian rupiah are all down nearly 20%. The Turkish lira has fallen almost 40% while the Argentine peso is down by more than half.

This year, capital flows into emerging markets have rapidly declined to less than half of what they were just a year ago.

Without these inflows, emerging markets have a hard time covering current-account deficits - deficits caused by a country spending more on imported goods than it earns from sending goods abroad.

Inability to adequately finance these debts could cause developing nations to default on their obligations, rocking the stability of creditors.

If nations that rely heavily on capital flow from Wall Street can't meet their debts, investors are likely to lose confidence in banks' ability to meet other outstanding obligations.

This is likely to set off a domino effect that will spark a severe downturn in American markets and burn your portfolio.

However, this next threat could cause even greater devastation...