Robots are taking over – at least when it comes to Chinese factories. 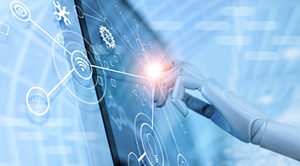 In 2016, the International Federation of Robots found that China set the record for a single country by installing 87,000 industrial robots that year. The following year, that number increased by 58%, compared to 31% growth in global demand.

Combine that with the enormous size of China's economy, and it's clear that investing in Chinese automation will be one of the most lucrative industries of 2019 and beyond.

The stock we're bringing you today has been a leader in China's industrial automation market for a quarter-century. It's also carved out a big chunk of the rail transportation industry – both high-speed rail and urban subways.

That's a huge profit opportunity at a time when many big Chinese cities are in the middle of doubling or even tripling the size of their subway systems.

And it's an even bigger deal when you consider China's "One Belt, One Road" initiative, a multitrillion-dollar program that involves expanding rail access both within the country and connecting to destinations in Asia, Africa, and Europe.

Best of all, due in part to tariff fears that have hurt Chinese tech stocks in 2018, this one is available at about a 50% discount on its fair value – meaning shares could double in short order.

No wonder it has a top score from our Money Morning Stock VQScore™ system.

All those factors create a perfect storm that will be raining profits on our pick for years – and probably decades – to come.

Multiple Profit Trends Are Driving This Innovative Company Toward 100% Gains