When it comes to making money from the Internet's growth, you've been bombarded with information about the American "FANG" stocks like Amazon.com Inc. (NASDAQ: AMZN) and Alphabet Inc. (NASDAQ: GOOGL). 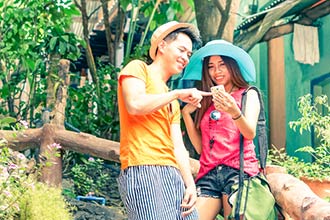 Now, those are all great Internet stocks, and we're not going to tell you otherwise.

But it's hard to get an inside edge when it comes to companies as big and well-covered as those are.

That's where today's stock comes in…

Today, we have a mid-cap company that dominates Internet infrastructure in a country you probably don't hear about very often. This country is probably bigger than you think, with a population of 105 million. And it's probably growing faster than you'd guess, at 6.7% annual GDP growth.

According to Statista, this country's Internet user base is expected to grow from 69.6 million to 93.7 million by 2023. That's 35% growth in just four years…

This pick is sure to get the lion's share of that growth. It already has 60 million subscribers to its home and individual phone and Internet services and is the most recognizable communications company in the country.

And because Wall Street isn't paying attention, it's now available at a substantial discount. That's why it was just given a top score by our Money Morning Stock VQScore™ system.

If you grab it quickly, you can get it for less than 60% of its fair value.

Is there a stock where I get in as early as possible that isn't with options.

Curious to find out how Money Morning newsletter has to offer.