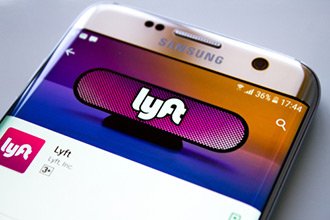 The Lyft IPO will be the first major public offering of 2019. But despite all the hype this IPO is receiving, we think it's best for retail investors to sit this one out...

There's no denying ride-sharing services' growing popularity. It's an innovative business model that has practically usurped the taxi industry. Beyond that, it's created a new side hustle for anyone wanting to work in a gig economy.

Many companies have popped up as a result of this industry's rise. Uber and Lyft are the biggest, but there's also competition from less popular ones, like Via and Gett.

Fortunately for Lyft, Uber has been dealing with the fallout from CEO Travis Kalanick's resignation in 2017.

They've even taken advantage of the #DeleteUber movement - marketing themselves as the friendlier company.

Beyond that, Lyft claims the ride-sharing market grew 39% in 2018 - with 1.1 million drivers and 18.6 million Lyft riders (both in the United States and Canada).

However, the company still faces stiff competition from Uber. But Lyft sees itself as a vanguard of a societal shift - reporting 22% of its riders are driving much less because of the company.

It's even gone as far as predicting drops in car ownership as transportation-as-a-service (TaaS) continues to grow.

IPO Explosion: Average people have made tens of millions of dollars from cannabis IPOs - here's how you can become one of them...

In a race against Uber, Lyft announced its shares will be priced near $65. And according to TechCrunch, it's looking to sell 31 million shares.

If the Lyft IPO does well, the company says stock purchases will raise a little over $2 billion - bumping its worth to $23 billion within the first day of trading.

But that's not the full story of Lyft...

While Wall Street's investors are hyping up the Lyft IPO, it's hard to ignore some of the red flags.